The last letter of Mary Queen of Scots written just six hours before her execution is on public display at the National Library of Scotland on the 430th anniversary of her death.

The letter was written at 2am on 8 February 1857 as Mary prepared to meet her death at Fotheringay Castle. Writing to Henri III, King of France, the brother of her first husband, she says "I am to be executed like a criminal at eight in the morning".

Pictured: The signature of the letter 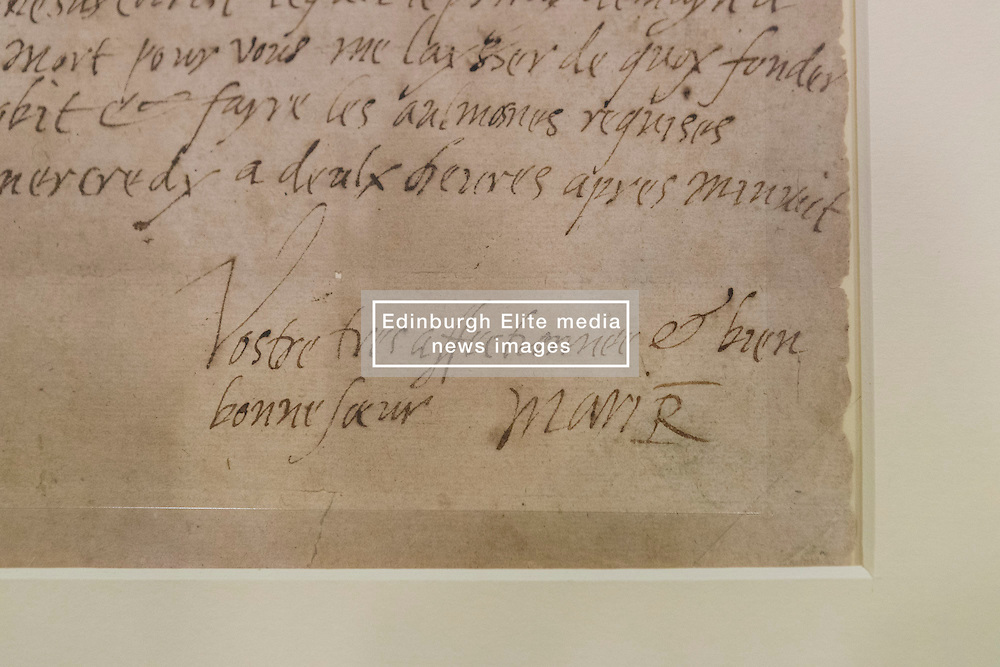