Kurds living in Greece during a protest near the Turkish embassy in Athens, on October 12, 2019. Turkey launched an assault on Kurdish forces in northern Syria with air strikes and explosions reported along the border. President Recep Tayyip Erdogan announced the start of the attack on Twitter, labelling it "Operation Peace Spring". 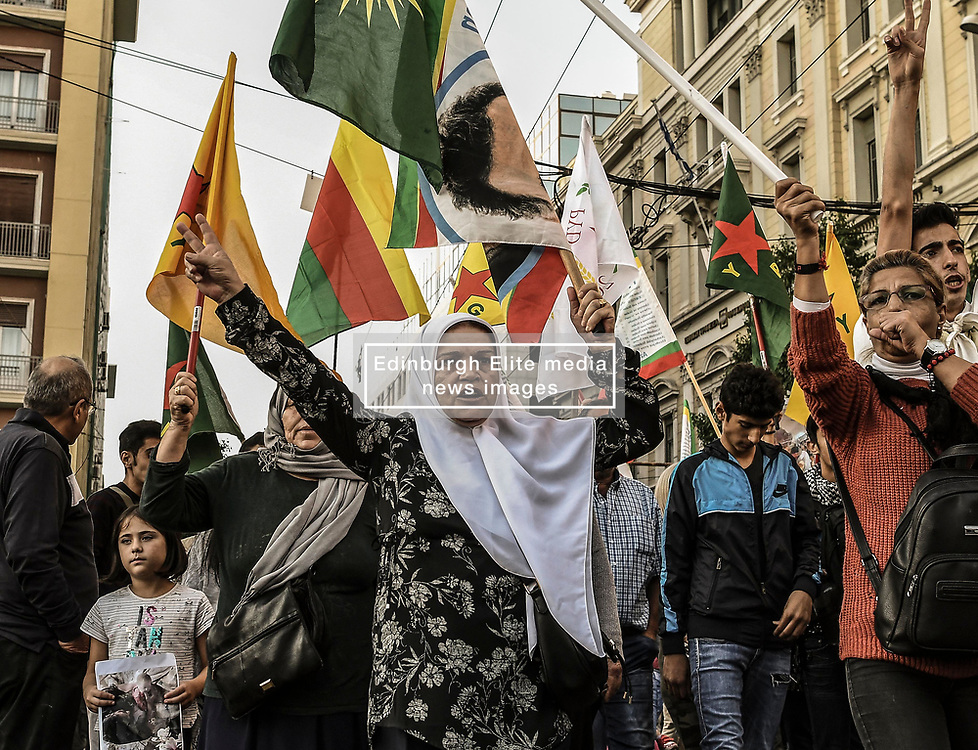