Pictured: One of a set of 18th century small brass military figures presented to the Prince during his visit to Madras in South India. Held by Stephanie Cliffe of the Royal Collection 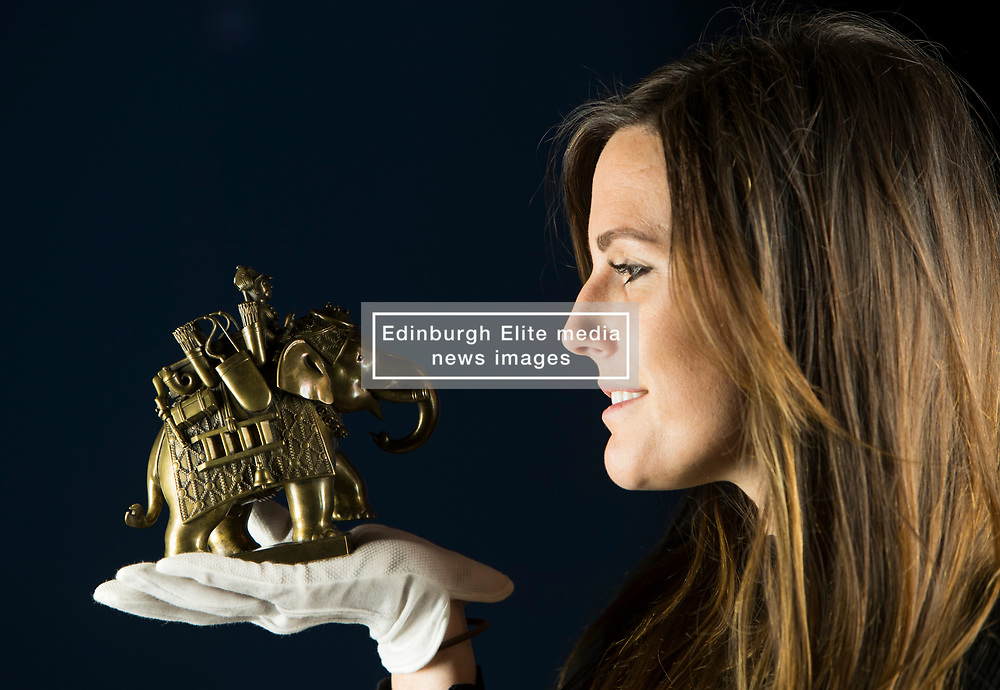