Pictured: Captain Graham, wife Sophie holding duaghter Emilie alongside dog Buddy
Glencouirse Barracks saw off 100 soldiers from 2 SCOTS today as they prepared to deploy to Iraq on a six month training and mentoring mission. The soldiers will deploy on what is known as Operation Shader, on a six month tour which is a different challenge from their previous combat roles in the country. Just over 100 personnel will depart from Glencorse, to join the advance party which is already in the country. 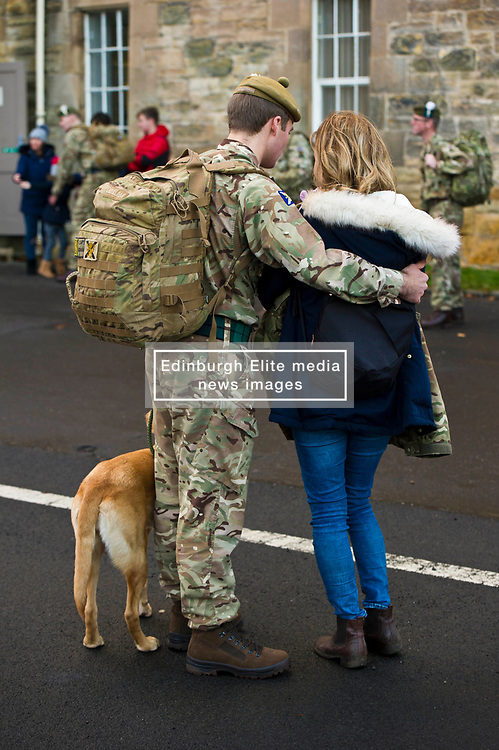