Pictured: A silver gilt address casket made by Edinburgh based goldsmiths Marshall & Sons. The casket is engraved with the Prince's name. Holding the piece is Curator of the exhibition, Kajal Meghani. 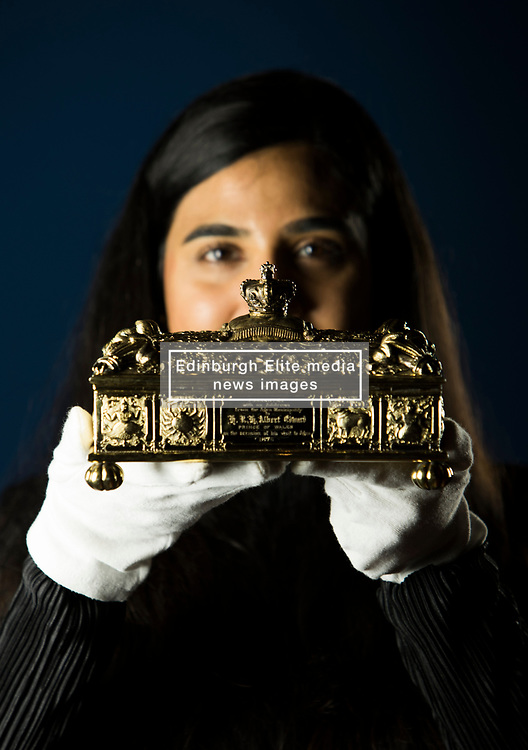