Today marks one year to go before the next Commonwealth Games get underway in Gold Coast, Australia. Athletes from a number of sports joined Scottish Beach Volleyball players, including top duo Lynne Beattie and Mel Coutts, on the new permanent courts on Portobello Beach this morning. The athletes joined with children from Towerbank Primary School to try out the game in the Portobello sunshine. Pictured: Mel Coutts (foreground) and Seonaid McIntosh 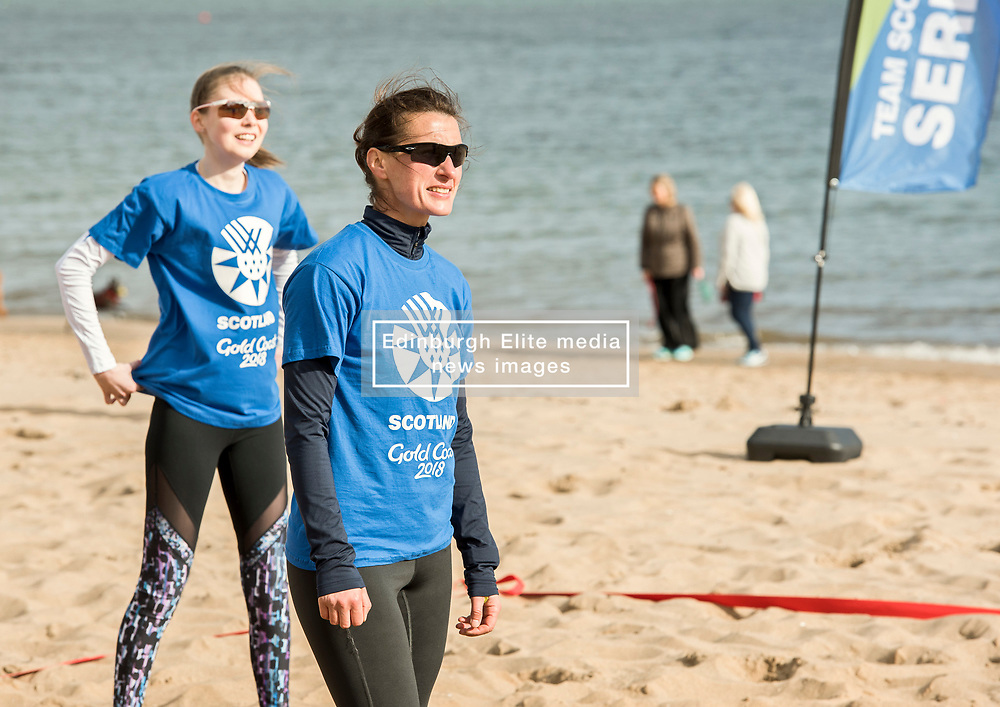