Leith, Edinburgh, Scotland, United Kingdom, 11 April 2019. Leith Walk Council By-Election: Voters at the Leith Ward council by-election at one of the polling stations at Lorne Primary School, which is taking place as a result of the resignation of Councillor Marion Donaldson. The election fields 11 candidates, including the first ever candidate for the For Britain Movement in Scotland, Paul Stirling. The For Britain Movement was founded by former UKIP leadership candidate Anne Marie Waters in March 2018. 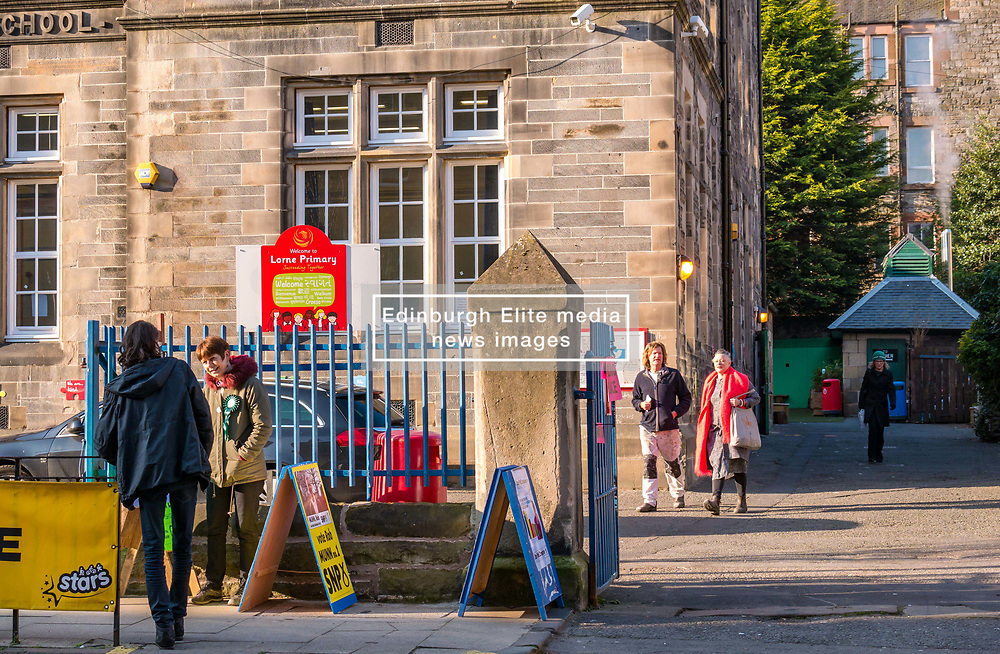