Pictured: People queuing to get in
The community in Portobello came out last night in support of a locally organised campaign to try and save a local church and its attached church hall for the community. No longer needed by the church, who plan to sell it, the hall is widely used by community groups. The campaign hopes to make use of Scottish community buy-out legislation that has recently been extended to cover urban areas in one fo the first such campaigns in a Scottish urban area. Local film acting couple, Shauna Macdonald and Cal MacAninch, were instrumental in the event that featured a variety of local talent and was attended by about 150 people, packing out the church hall. Shauna brought the show together, along with her sister Kyrsta, and Cal performed on stage in both the specially written short play that opened the evening and singing with the band Hooseband at the show's finale. 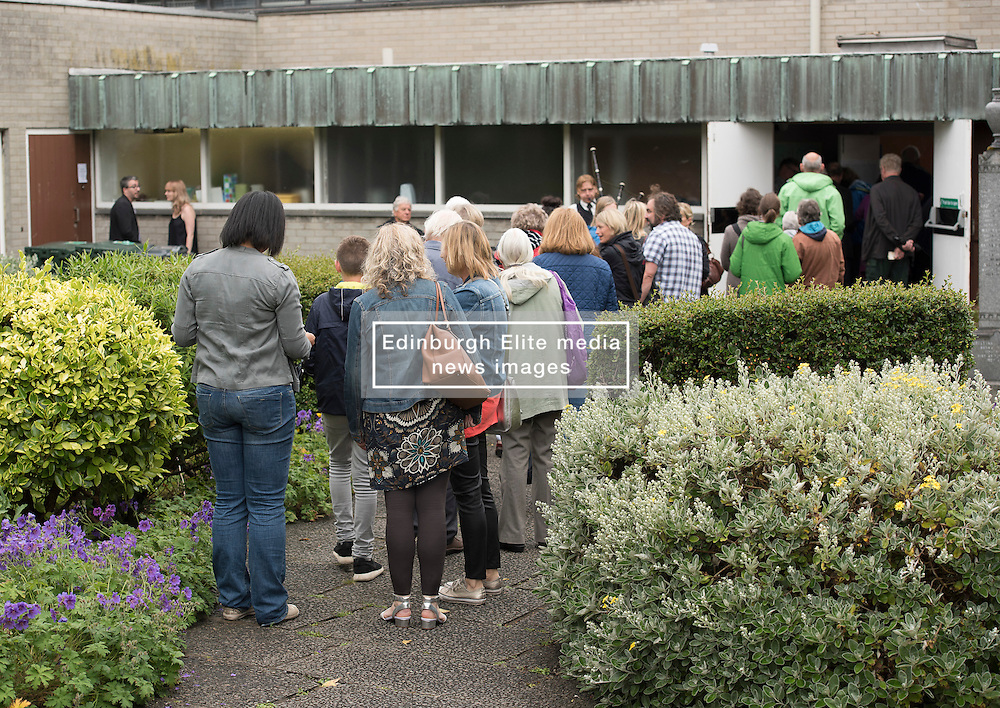