Pictured: 9 year old Joshua Holt with his dad Kenny looking forward to the match at Falkirk.

Fans on match days have their own rituals, be it their lucky scarf; same bus for away games; or heading to the same seat for home games. Joshua and Kenny go for the four Ps; popcorn, pin badge, programme and pie. Popcorn for the trip to the ground with the programme and pin badges bought from the club shop as a reminder of the visit. The catering is always tested especially on these cold days. For the record Joshua can’t see past a Dunfermline pie but his dad prefers a R 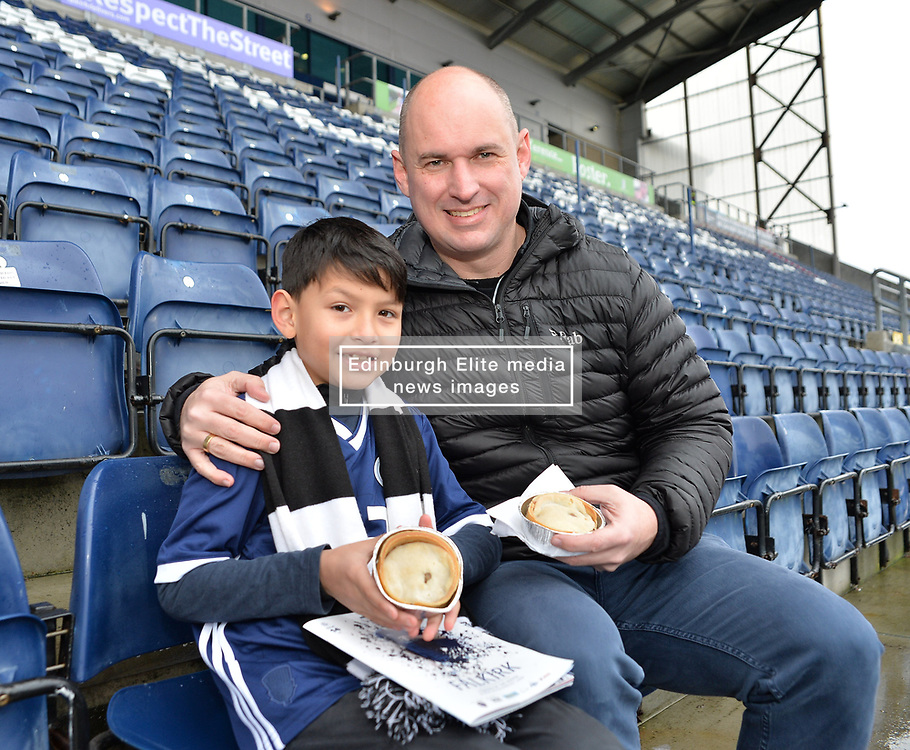