Musselburgh, East Lothian, Scotland, UK, Battle of Pinkie Cleugh commemoration: the annual ceremony takes place in a new format with live streaming as well as actual participation. The 473rd anniversary of the significant battle in Scotland’s ‘Rough Wooing’ history is marked by a battle trail walk organised by the Pinkie Cleugh Battlefield Group ending at the memorial stone and a minute’s silence for the 10,000 Scots killed on a day known as ‘Boody Saturday’. The battle was the largest ever fought in Scotland and resulted in a defeat for the Scots.
Sally Anderson | EdinburghElitemedia.co.uk 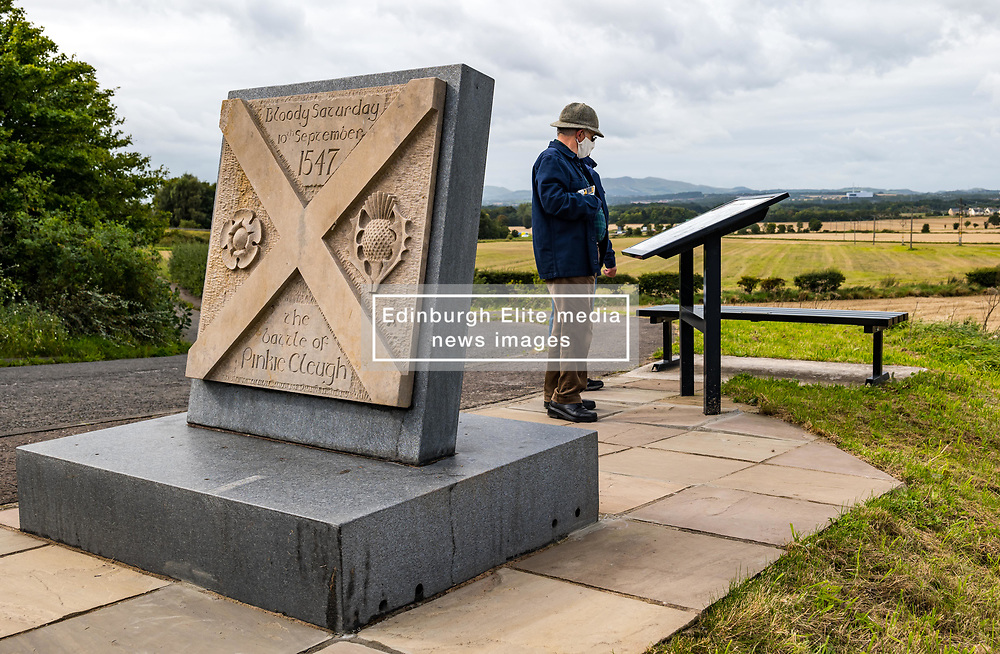