A Sporting Sale will take place at Bonhams 22 Queen Street, Edinburgh on Wednesday 24 October at 10.00 am.

Items being offered include The Portrait of John Campbell of Saddell, circle of Sir Henry Raeburn RA, expected to make £40,000 to £60,000 and The Pierre Horwitz golfing collection covers the period from the early part of the 19th century to the 1920s, and concentrates especially on the manufacture of clubs and balls and rare patented designs of both.

Pictured: Bethan Koller of Bonhams with •A Whitman & Barnes 'Willie Dunn's Stars and Stripes' golf ball from around 1897. This extremely rare golf ball is only one of 12 known surviving examples. Patented on 27 July 1897, it was the first golf ball patent in the USA. The cover pattern, which shows the main elements of the US flag, was the inspiration of Willie Dunn Jr. He was a runner-up in the inaugural US Open in 1895, and immigrated to America from his native Scotland the following year. Estimate: £18,000-22,000. 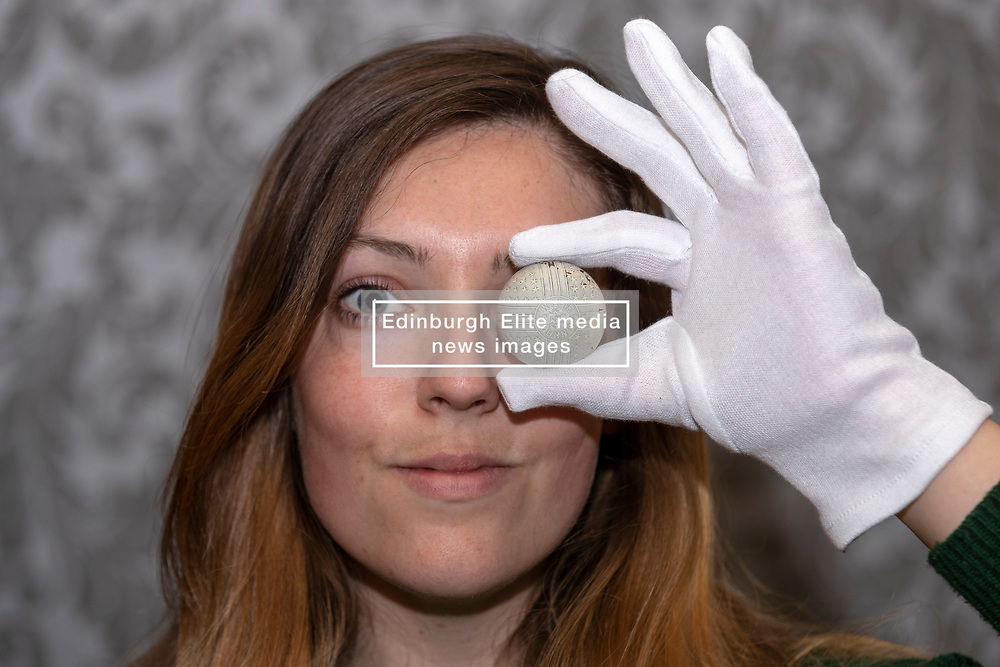