Five Guys Named Moe interviewed on stage by Arlene Stuart at this years Light Night. The Street of Light at the west end of George Street will make its first appearance as part of Light Night and the acts will perform on a stage by its lights. Choirs from across Scotland including Edinburgh Festival Chorus, Royal Scottish National Orchestra Junior Chorus, Edinburgh's Got Soul and Edinburgh Rock Choir will perform in front of an expected audience of around 20,000 people.
The whole event is hosted by Forth One Arlene Stuart. Callum Skinner, gold cycling medallist will be the one pushed the button at 5pm. Sunday 20th November 2016 (c) Brian Anderson | Edinburgh Elite media 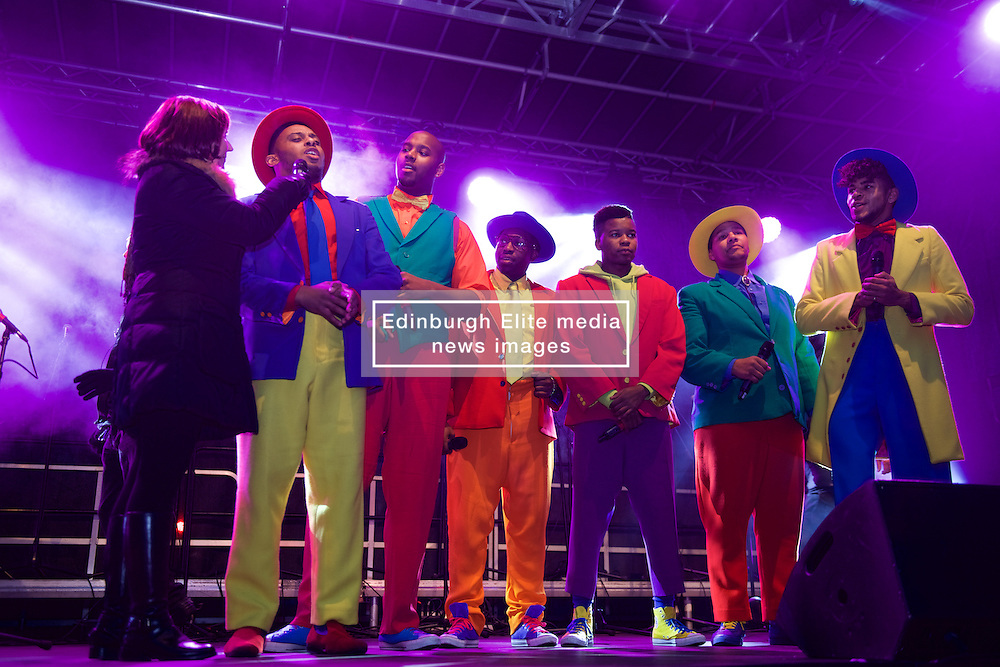