Pictured:Bruce Smith, director and acting chairman of the centre and Jim Horseburgh, ex-RAF, on his last day at the center chatted to Mr Brown.
During his visit to the Lothians Veteran Centre in Dalkeith on Friday 31 March, Veterans Secretary Keith Brown announced the successful applicants to the 2017 Scottish Veterans Fund.
The Lothians Veteran Centre provides a person-centred support service for ex-service personnel and their families across Lothians, including projects relating to housing, benefits & welfare, and employment, education and training support. 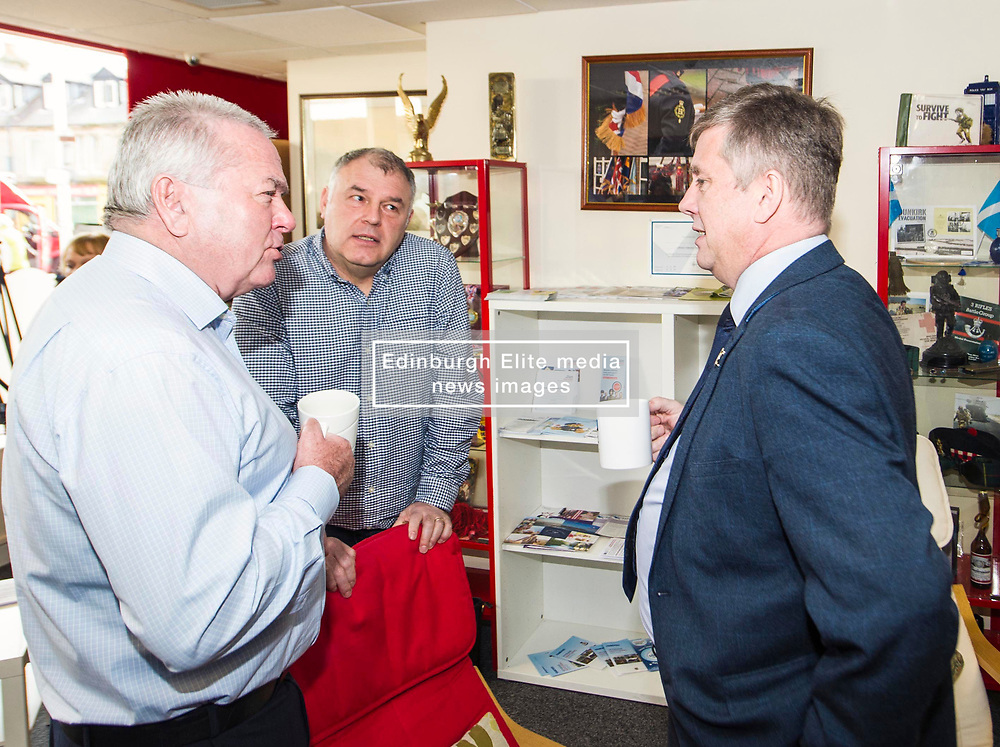