A taxi crashed into the corner of North Castle Street and Queen street in Edinburgh knocking down a pedestrian. According to eye-witnesses. the driver, Cameron Burt, appeared to have a black out and careered into the corner of Murray and Currie investements knocking down a man who was on the pavement. Initial assesment by first aid helpers from Murray and Currie suggests that no life changing injuries had been sustained. An amubalnce crew arrived within ten minutes of the accident. 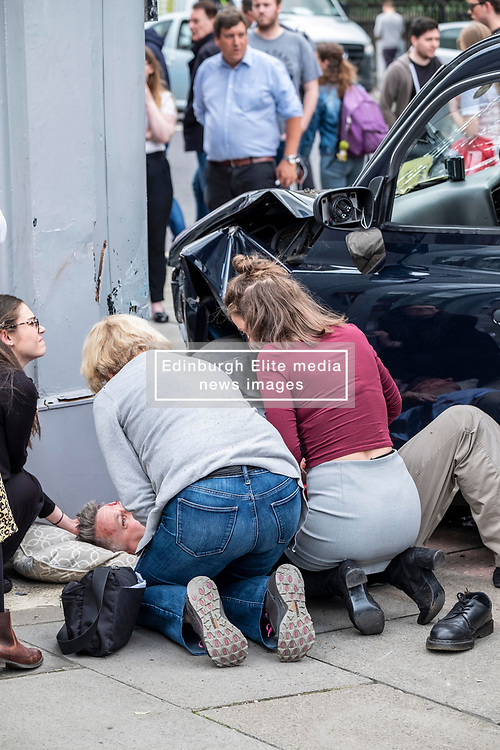