Pictured: Into the evening there was still a hard core of protesters, heavily outnumbered by police, who refused to move. At 8.15pm a senior police officer issued an order to disperse, and the protesters were then allowed to leave in pairs. 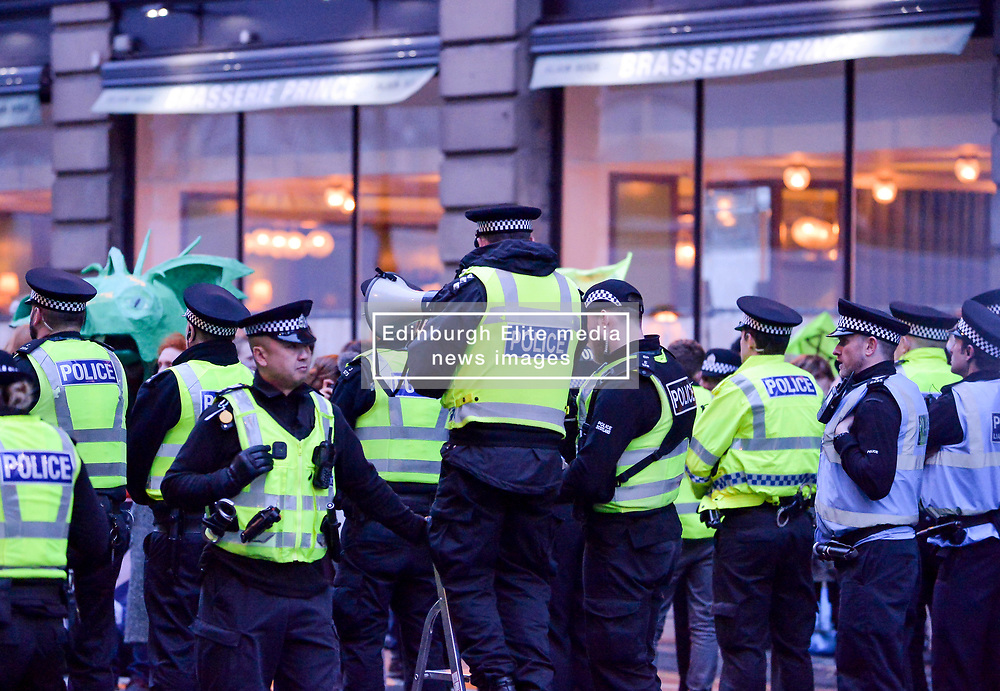