Pictured: Leith Walk Council By-Election. Edinburgh City Council, Edinburgh, Scotland, 11 April 2019. Pictured: David Don Jacobsen, Socialist Labour Party candidate on his phone. 25,526 residents are registered to vote in one of the most densely populated areas in Scotland under the Single Transferable Vote (STV) system. This is the first time in Scotland that an STV by-election has been needed to fill two vacancies in the same ward, held as a result of the resignation of Councillor Marion Donaldson. The election fielded 11 candidates, including the first ever candidate for the For Britain Movement in Scotland, Paul Stirling, founded by former UKIP leadership candidate Anne Marie Waters in March 2018. 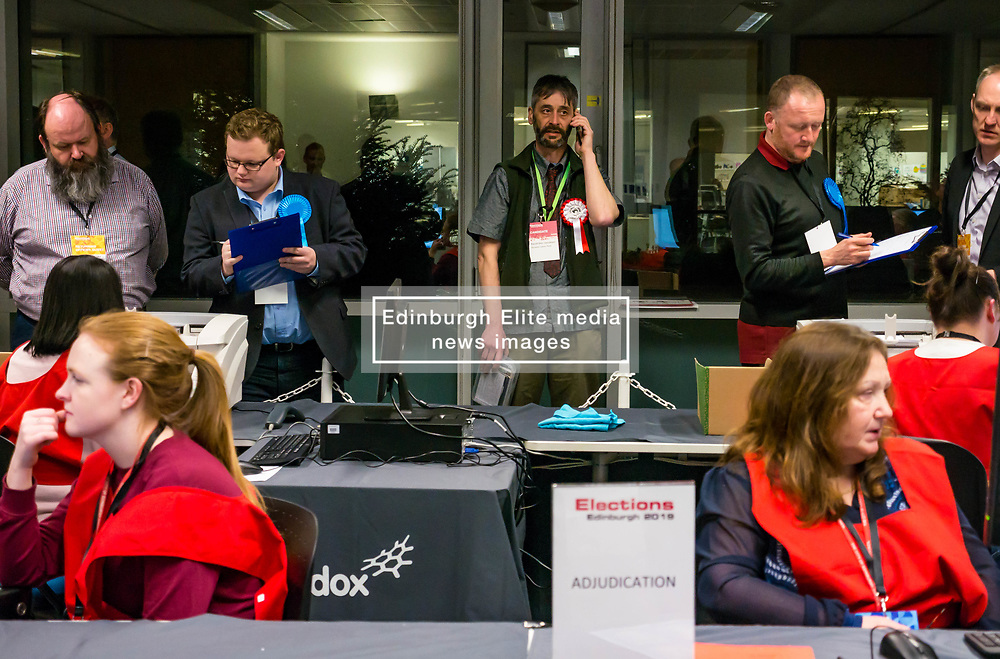