The Scottish Ganesh Festival took to the streets of Portobello in a colourful procession that made it's way down to the sea from the Town Hall. The procession was joined by local MP Tommy Shepphard and Edinburgh councillor and former lord provost Donald Wilson. Pictured Donald Wilson
© Jon Davey/ EEm 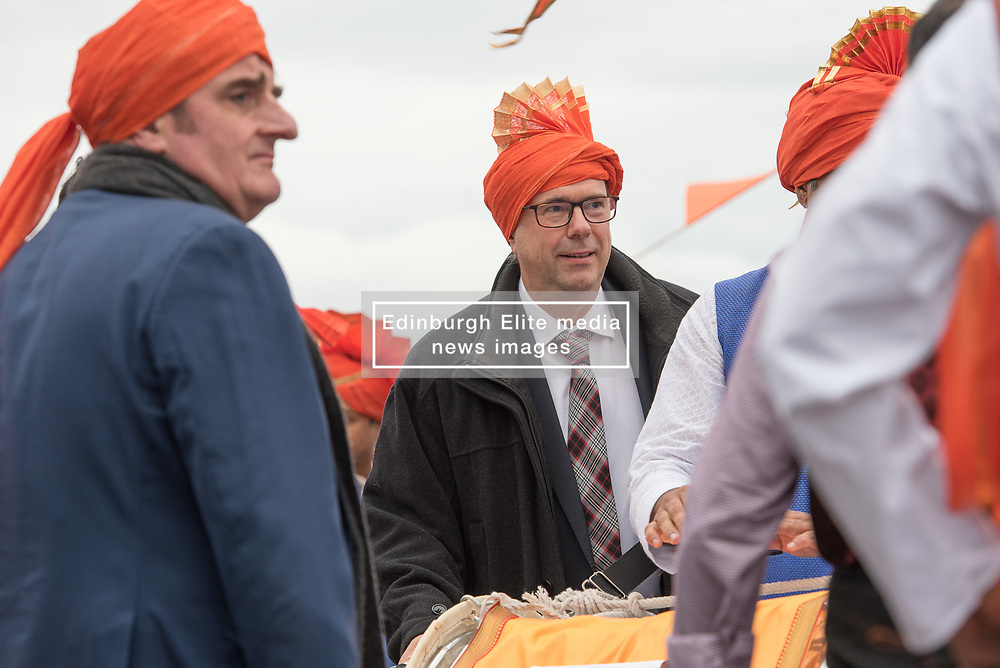