Pictured: Inspector Phillipa Boyd chats to a customerr about the new campaign
Police Scotland is warning that anyone can be a victim of doorstep crime after householders lost hundreds of thousands of pounds to scammers. 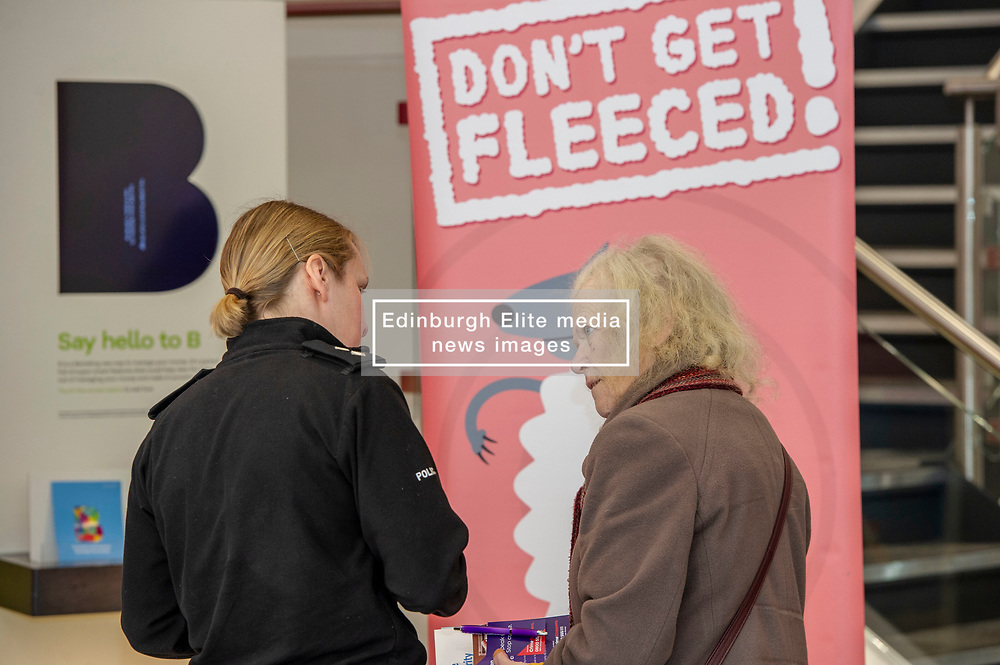