Pictured:
Four cars were involved in an accident in the popular area of Stcokbridge today with thankfully only one person taken to hospital. It appears that a Mercedes Benz was pulling out of a poarking soace on Raeburn Place and hit an oncoming BMW police car which then swerved into the opposite side of the roads and hit a Nissan which shunted forward in to another car. One female police officer who was a passenger in the BMW was taken to hospital to check her injured hand 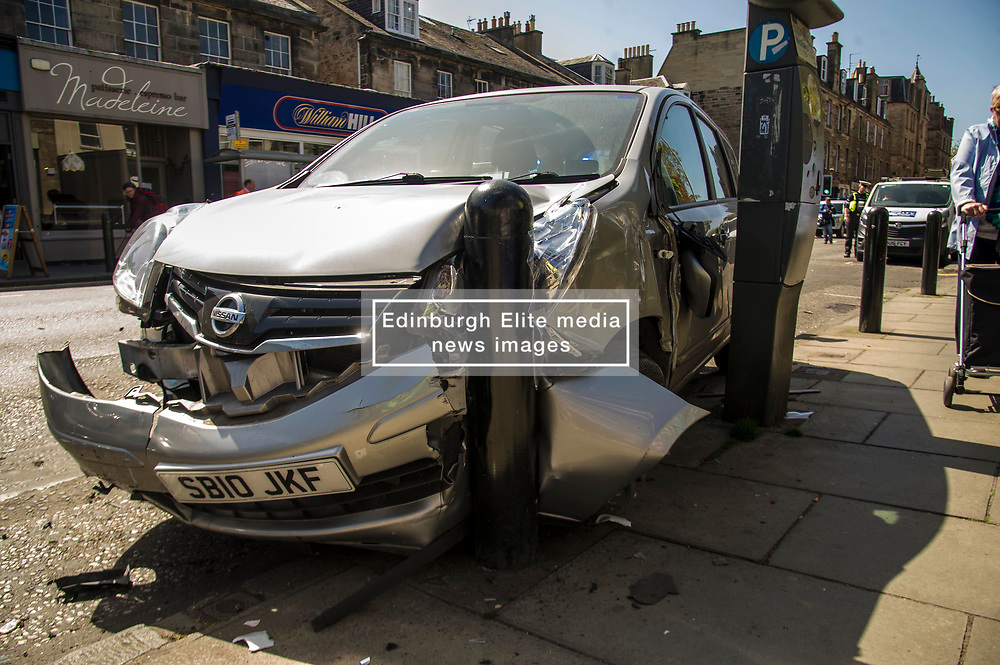