Climate Change Secretary Roseanna Cunningham visited the Royal Botanic Gardens today ahead of the debate on Stage 3 of Scotland's new Climate Change Bill. While at the RBG, Alexandra Davey, Science Policy and Impact Officer, showed Ms Cunningham some to the 3.5million specimens of plants, some of which are no longer found in the native habitat, used by the RBG as one of the leading centres of botanical research in the world 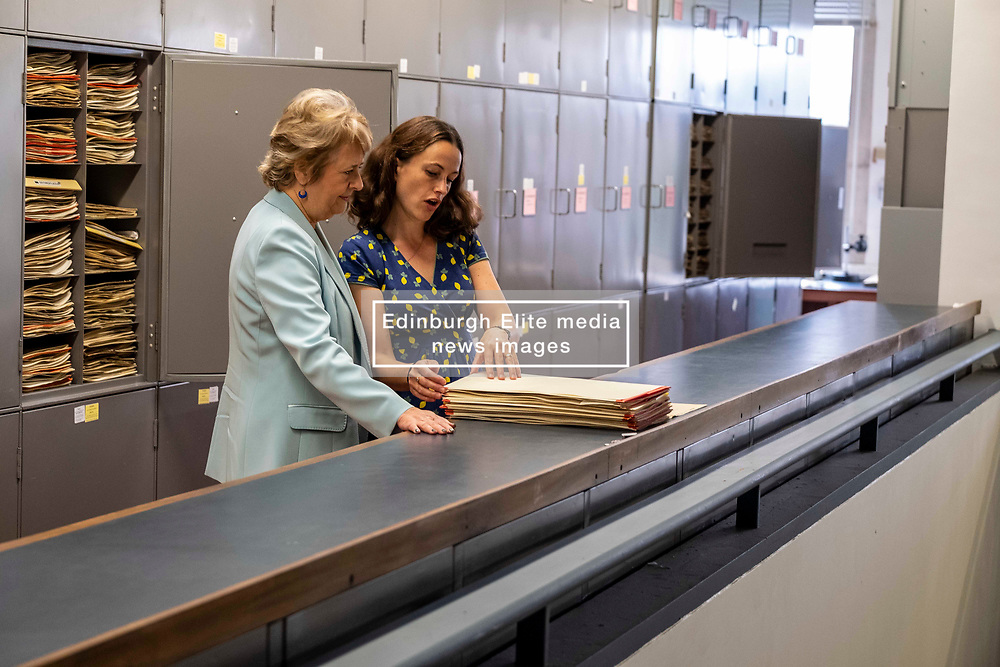