Pictured: Josef Stitts wearing costume from The Tiger That Came for Tea designed by Gracie Martin 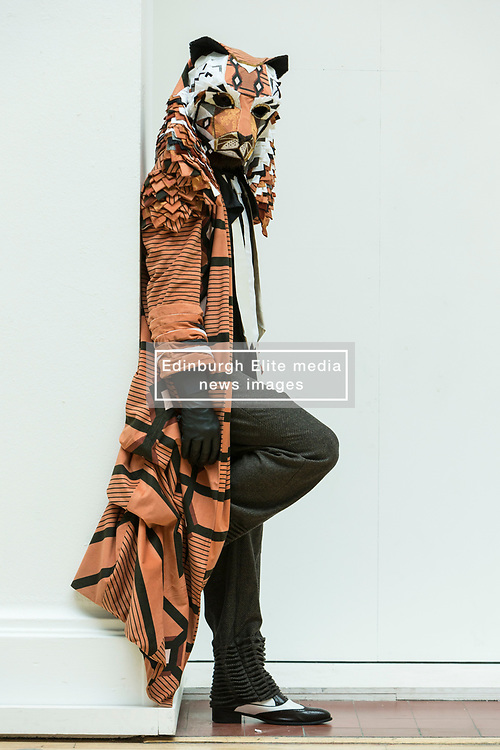