Scottish Labour leader Kezia Dugdale met some of her supporters inside the Case Amiga cafe in Edinburgh today before they began canvassing for the day. She was joined by Lesley Hinds, Labour Party candidate for Northern and Leith. 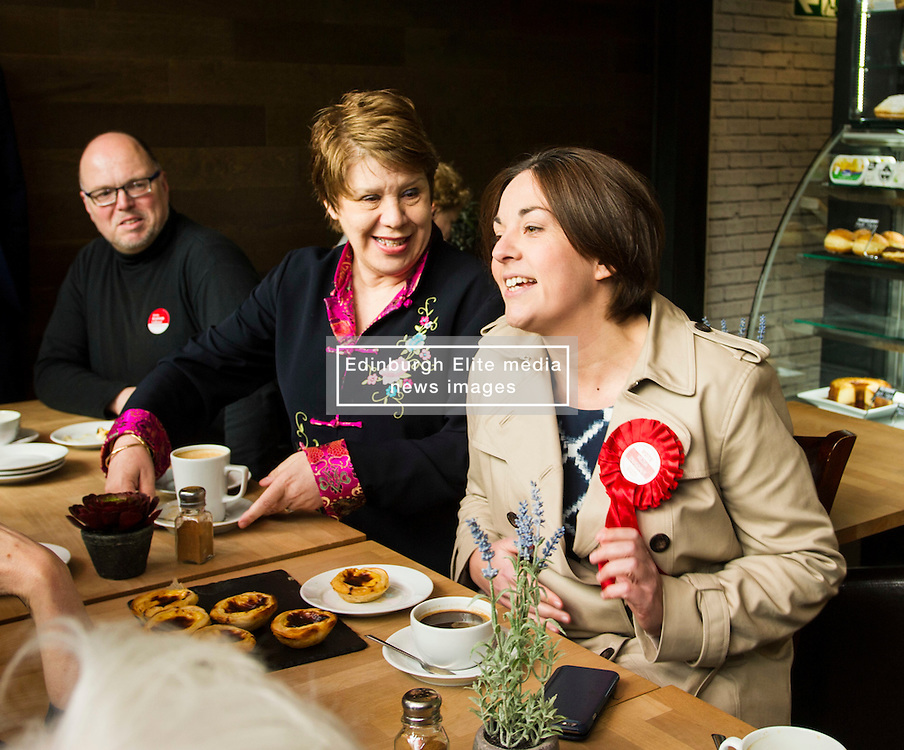