Pictured:
Travellers on the A1701 were willing to lend a hand to help tow a car out of a ditch despite the frozen roads. Bob Watson was travelling in his Ford Focus from Edinburgh to Moffat when his back wheel dropped into a small pothole, abouit nince miles from the town, which spun his car 180 degrees and into a ditch. His best towing rope was at home and his back up straps were not up to the job when he was getting a tow from Range Rover. Another set of travellers stoped as they had a tow bar but due to the angle of the car and the ice, the Fopcus only managed to be pulled out about a foot before it bottomed out. Luckliy a snow plough/gritter stopped and gritted the road to provide purchase for a tow truck with an electric winch to extracate the Focus from the ditch. Many hands make a difference. 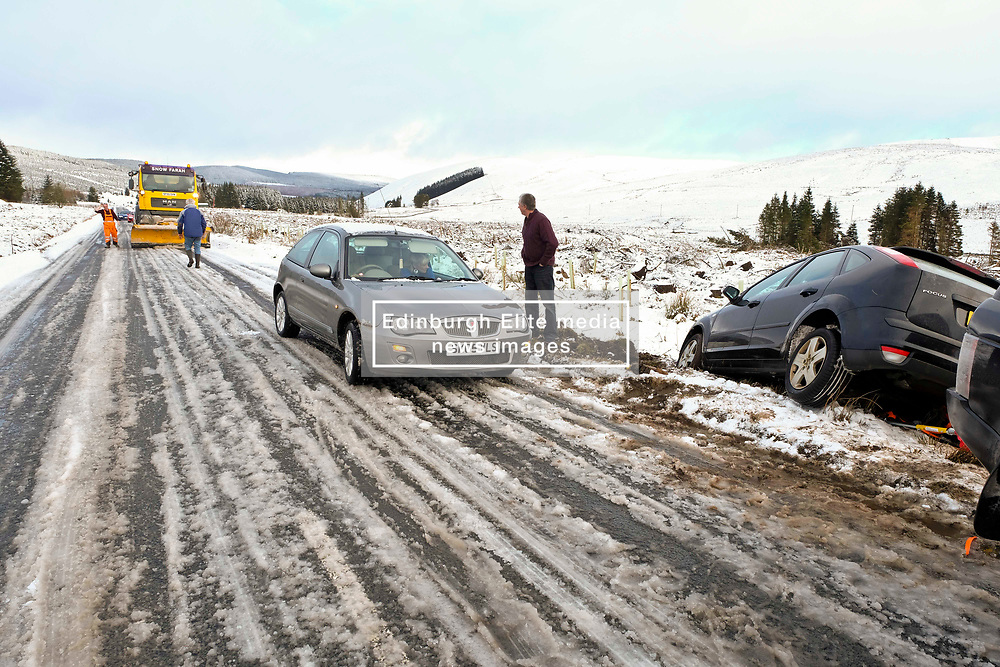