Pictured: Monica Lennon, Wendy Duffy (Gap Link Midwife), Lorna Lennox (Quality Improvement Midwife) and Richard Leonard with Nurture Ribbons. These are visual prompts given to women at their 22-24 week antenatal appointment and was an idea Wendy had to remind pregnant women to check on their baby’s movements. 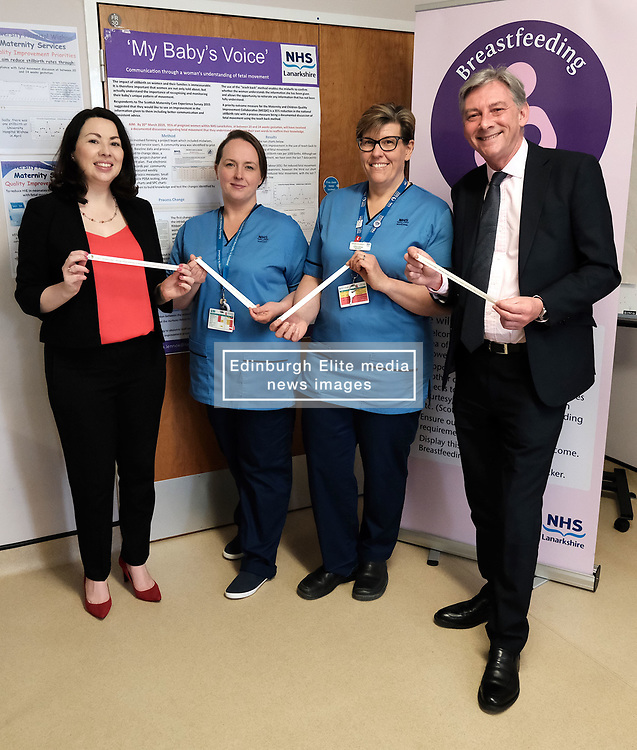