Pictured: Thoren Ferguson and Lewis Kelly (glasses) play the Owen and Sasson violins respectively alongside Steve Burnett who created both violins.
Violinists were on hand to play at the first public appearance of two instruments made in honour of war poets, Wilfred Owen and Siegrfried Sassoons. The violins, crafted by Steve Burnett and insured for £25,000 each, were played at the sycamore tree from which they were made at the Craiglockhart Campus of Napier University in Edinburgh.
Ger Harley | EEm 7 August 2017 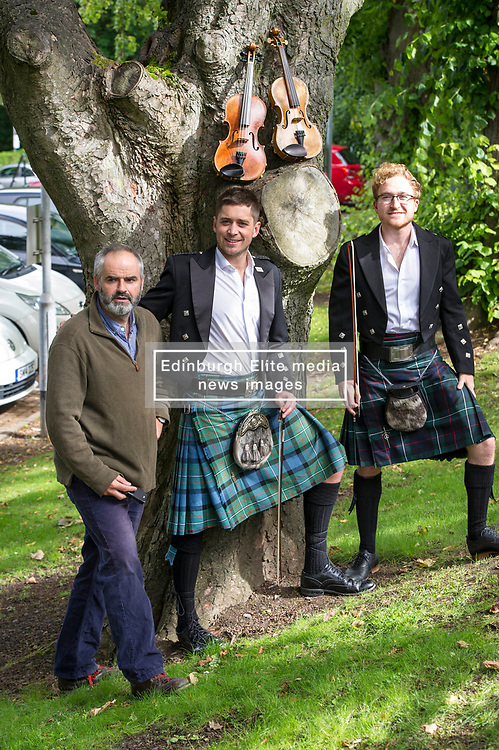