Pictured: Danny McIlwraith of Bonham's with the Macallan 1946 and the Black Bowmore 1964 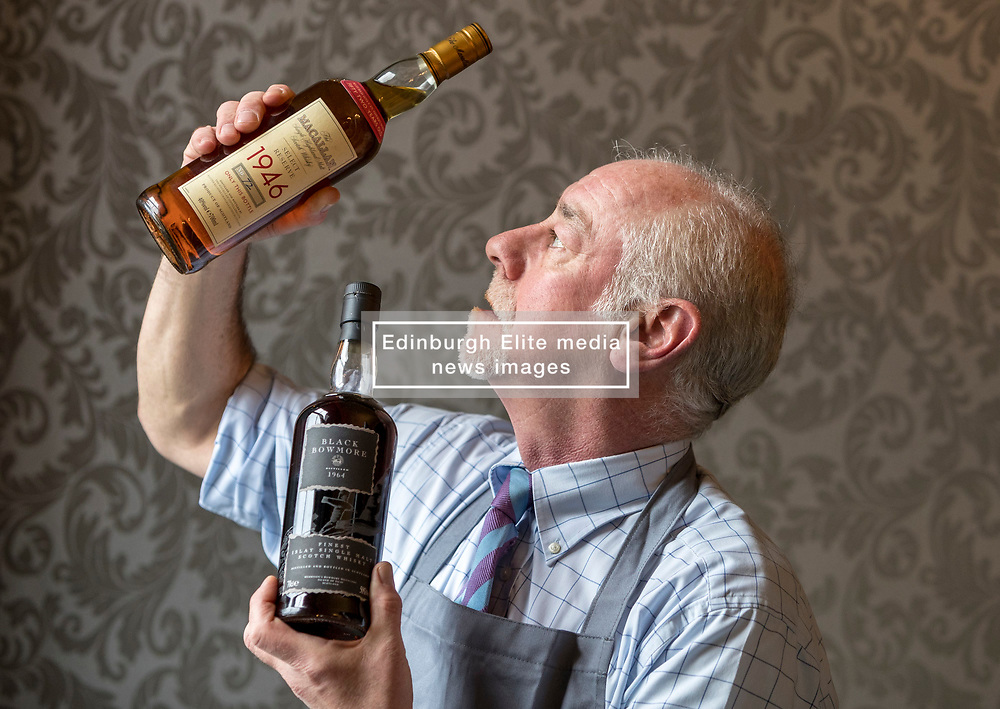