Pictured: Kezia Dugdale gets a warm welcome from a resident in Nile Grove 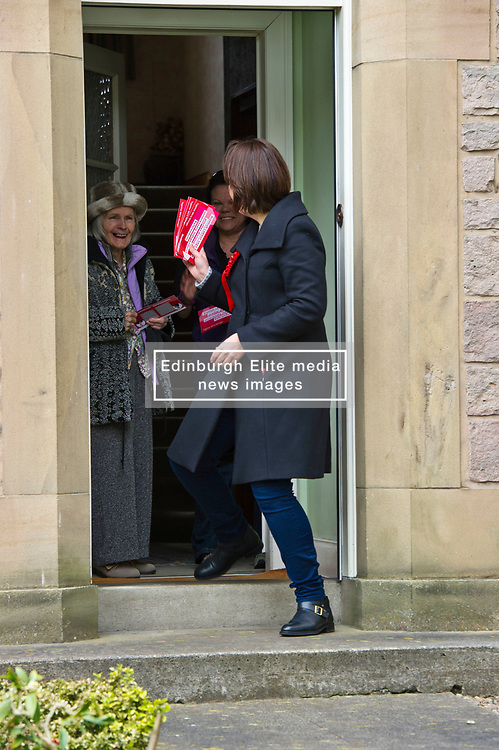