Former police dog Finn, whose campaign to protect service animals has seen the introduction of 'Finn's Law' in England and Wales, went to the Scottish Parliament, who have announced plans to introduce similar legislation in Scotland. 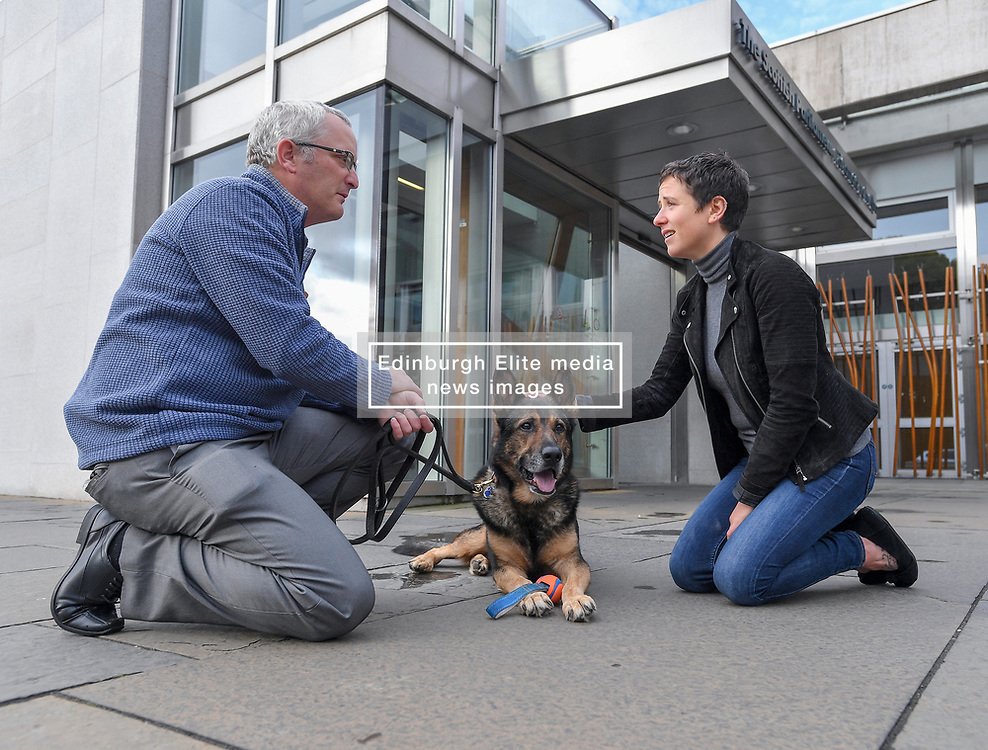