Pictured: Bethan Koller of Bonhams with the Macallan 1946 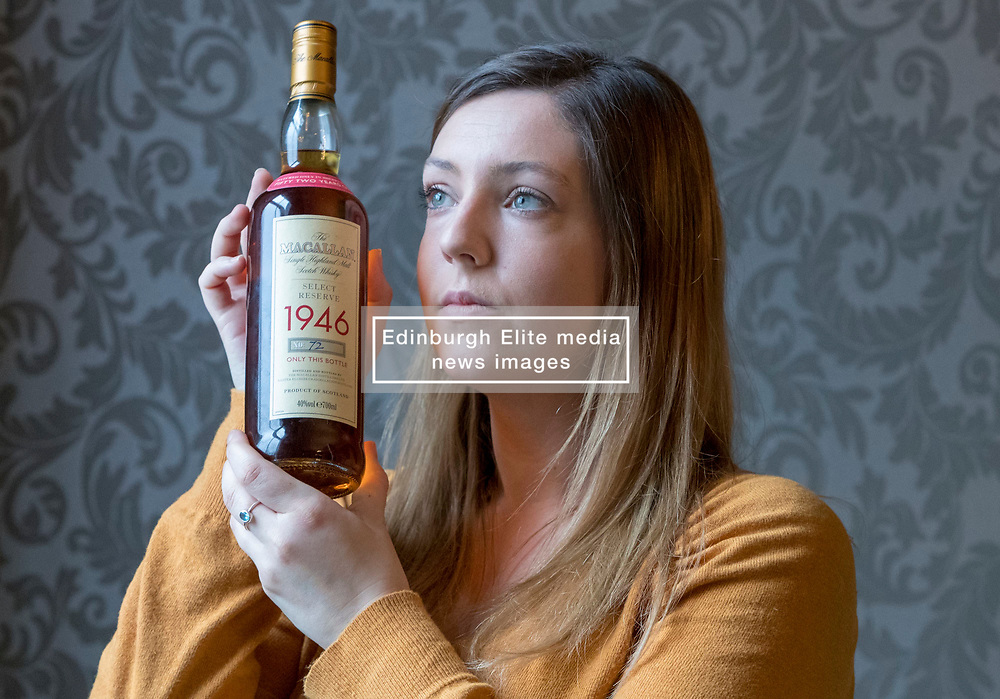