FILE:Picture : Labour MP and Shadow Secretary of State for Education, Angela embraces with her colleague Shadow business secretary Rebecca Long-Bailey during an election campaign event at the O2 Apollo Manchester. Angela Rayner is possible to be one of the candidate to stand for the leadership of the Labour Party , as Jeremy Corbyn he steps down after his defeat in the general elections. 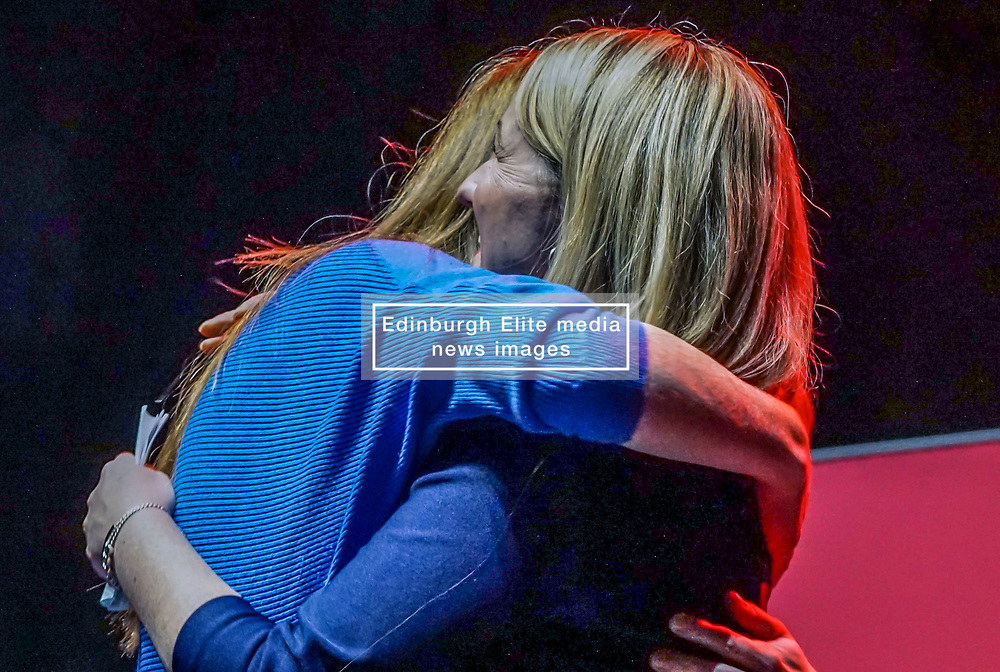