Pictured: Edward Liddle, Project Manager of Inspiring Culture takes a close look at "Have a Rest" by Yun Gang Chen of China 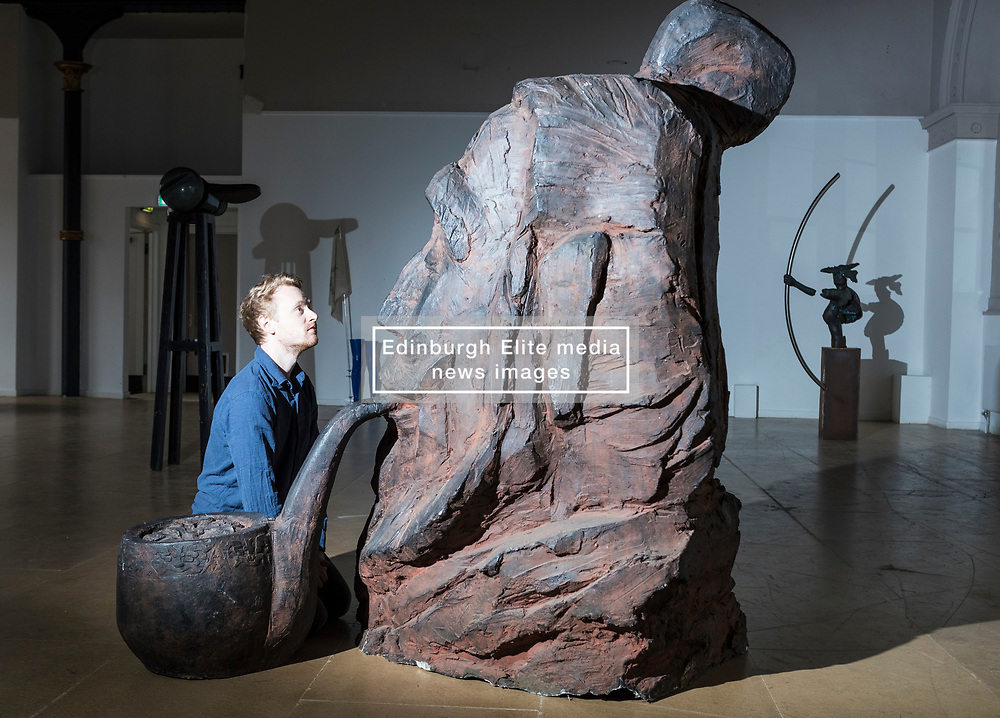