As part of the FAF 100 celebrations the relay team carrying a baton round the country arrived in Edinburgh, where they paraded up the Royal Mile and were met at Edinburgh Castle by the Lord Provost Frank Ross. 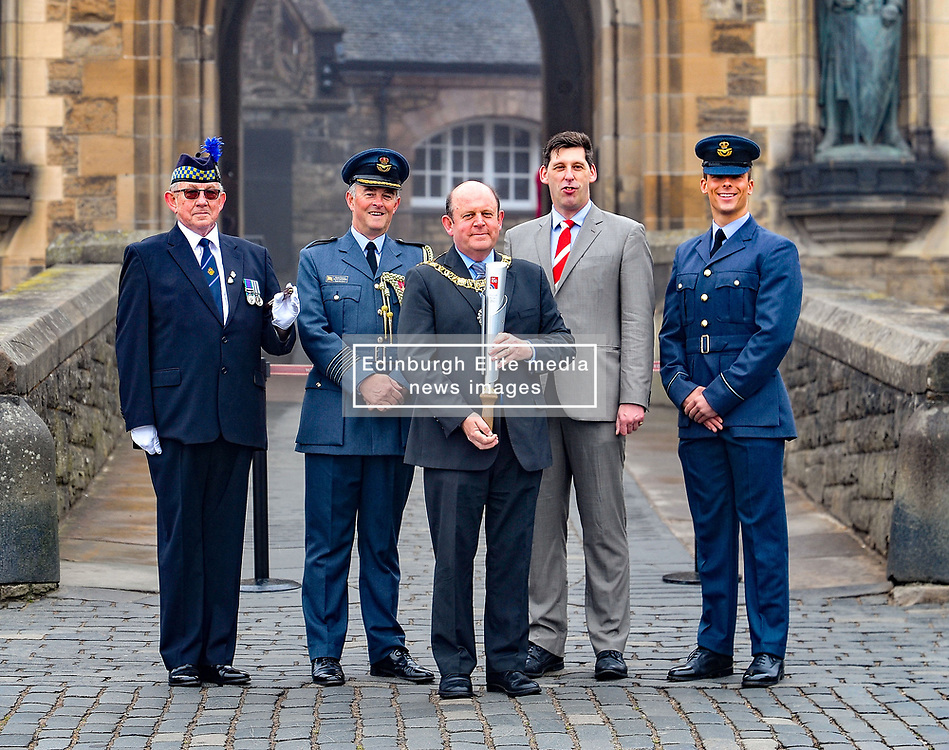