Pictured: A long queue formed to ask questions of the panel 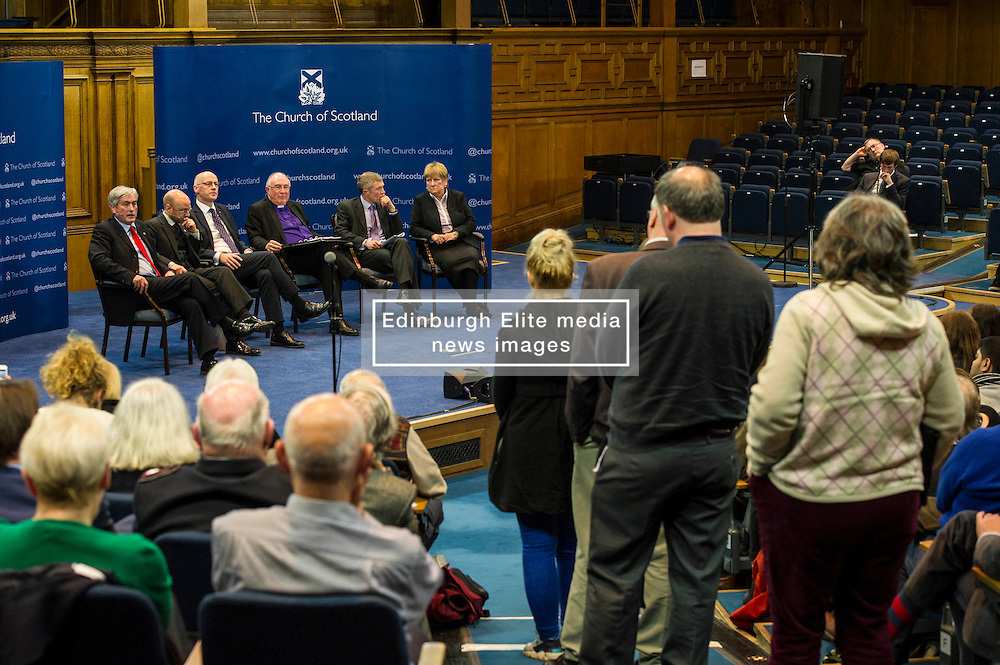