Mark Meechan (30) from Coatbridge, Lanarkshire, returns to Airdrie Sheriff Court with girlfriend Suzanne Kelly for sentencing after being convicted of filming his girlfriends pug raising it's paw in a nazi salute in response to phrases such as Sieg Heil. The clip, which was posted on Youtube, was viewed more than 3 million times. He was fined £800 GBP 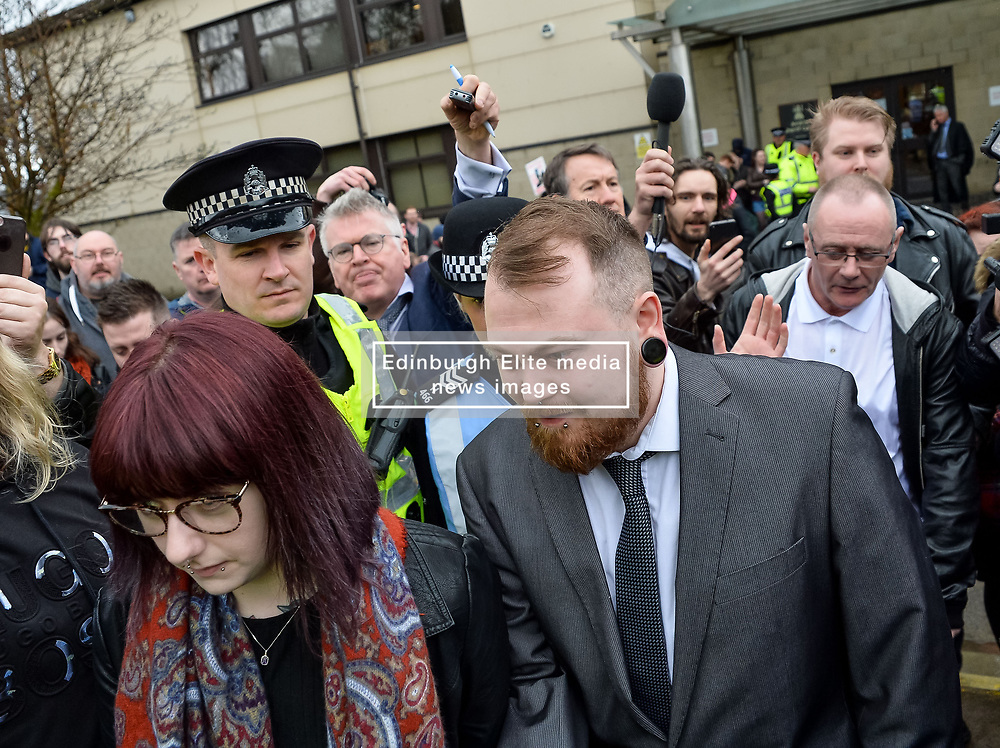