FILE:Picture : Labour MP and Shadow Secretary of State for Education, Angela Rayner speaks onstage to supporters during an election campaign event at the O2 Apollo Manchester. Angela Rayner is possible to be one of the candidate to stand for the leadership of the Labour Party , as Jeremy Corbyn he steps down after his defeat in the general elections. 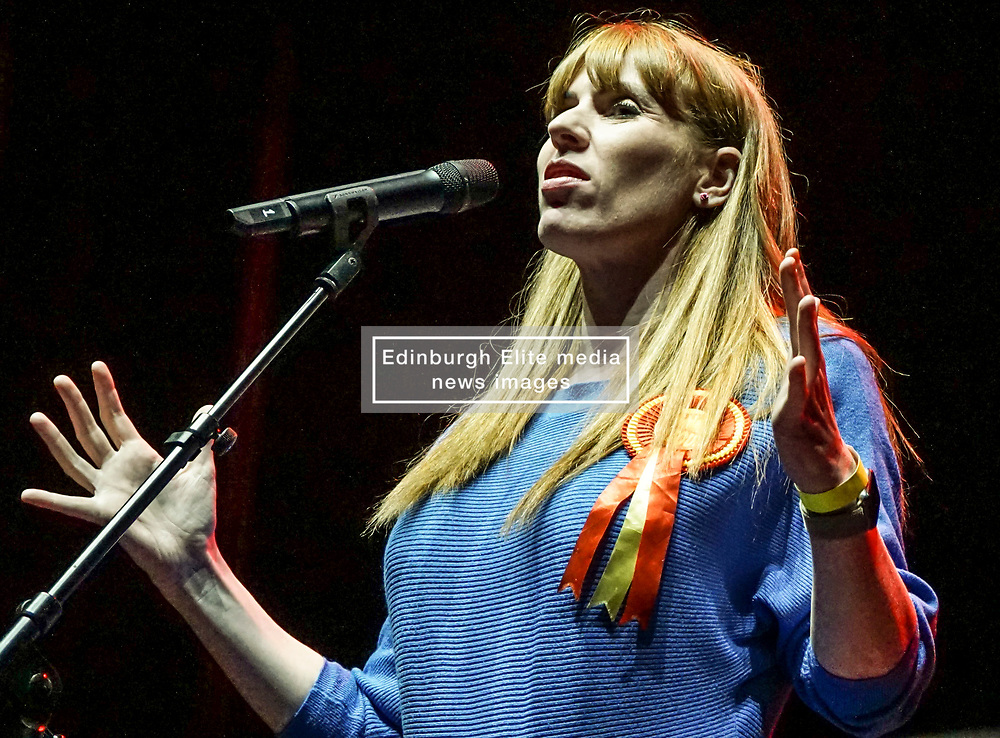