Pictured: Into the evening there was still a hard core of protesters, heavily outnumbered by police, who refused to move. 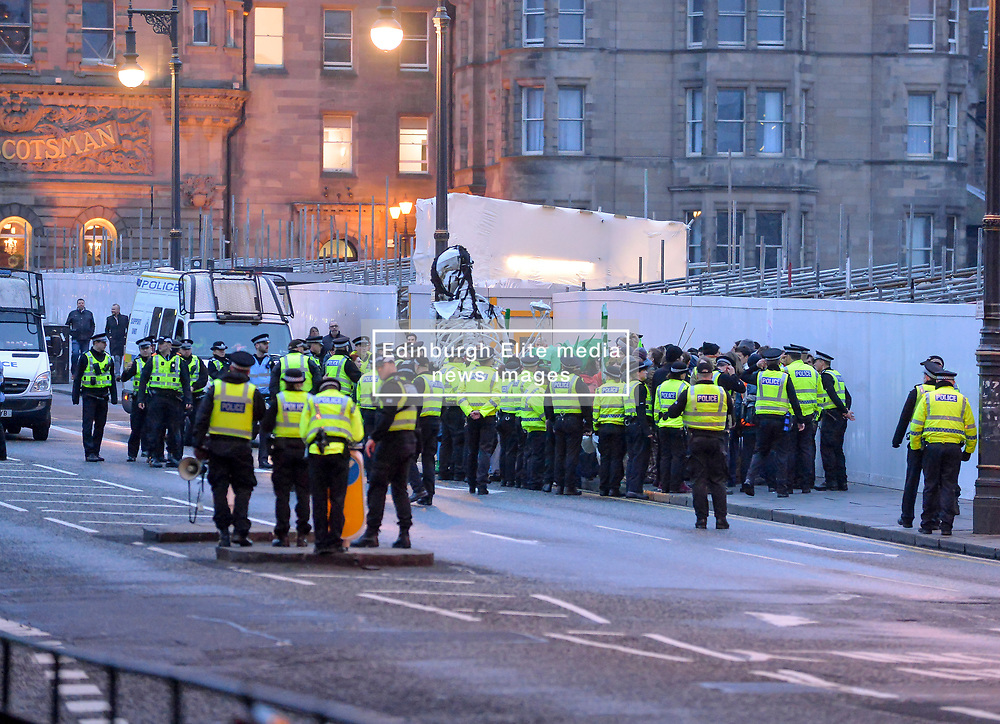