Pictured: Lord provost Donald Wilson and Ken Buchanan
Edinburgh Award for 2016 presented to Ken Buchanan at the city chambers. A ceremony at the City Chambers for the recipient of this year's award, Ken Buchanan, who was presented with a Loving Cup by the Lord Provost. He was also reunited with his hand-prints which have been set in a flagstone within the grounds of the City Chambers and see his name etched on the city’s Edinburgh Award honour board 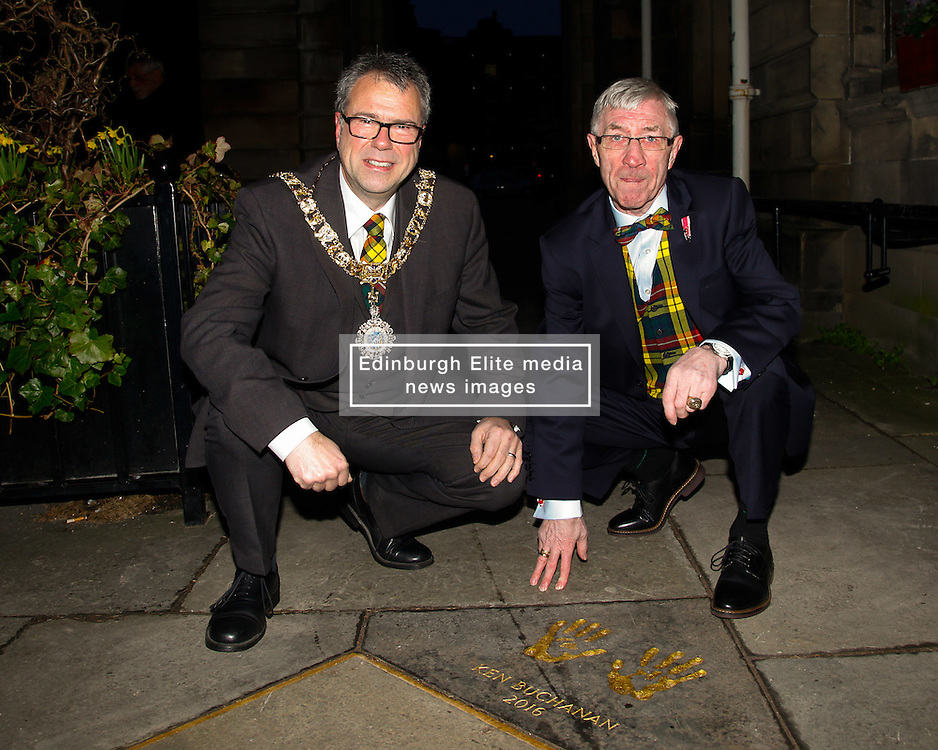