Pictured: The World Famous Stirling Bull Sales come to an end today with the sale of some 1000 bulls in the pedigree Charolais stock range some coming from as far as Orkney Bulls sold in price from £5000 to £25,000
Pic : JoeyKelly EEm 19/02/2017

PRESS RELEASE CAPTION:
1048 pedigree cattle to go under the hammer at Stirling Bull Sales
United Auctions is set to stage 1048 pedigree bulls and females on show and sale for the Stirling Bull Sales next month.
A compact format continues this year for the two-week event at Stirling Agricultural Centre, which runs from Sunday 5th to Monday 6th February and from Sunday 19th to Tuesday 21st February.
In week one, judging of Aberdeen-Angus and Beef Shorthorn breeds will take place on the first Sunday while Monday 6th February will feature the sales of Aberdeen-Angus, Beef Shorthorn, British Blue as well as Limousin cattle whose pre-sale show is held in the morning.
Sunday judging continues in week two with the pre-sale shows of Simmental and Salers on Sunday 19th February followed by their sales on Monday 20th February.
The show and sale of pedigree Charolais will take place on Monday 20th and Tuesday 21st February, respectively.
John Roberts, Director and Auctioneer at United Auctions, said: “The Stirling Bull Sales offer a top quality line up of pedigree bulls and females appealing to both pedigree and commercial buyers.
“The compact programme aims to effectively maximise farmers’ time at the Sales. With four different breeds on sale on the first Monday, the atmosphere will be tremendous.”
The national event from Scotland’s leading livestock auctioneers sees an increase in the number of Aberdeen-Angus bulls forward – up 20 – on last year while week two features a new Centre record of 29 Salers bulls forward. Auctioneer Raymond Kennedy will lead this sale on Monday 20th February.
David Brown, Director and Auctioneer at United Auctions, commented: “Raymond is keen to build on the previous success of the br 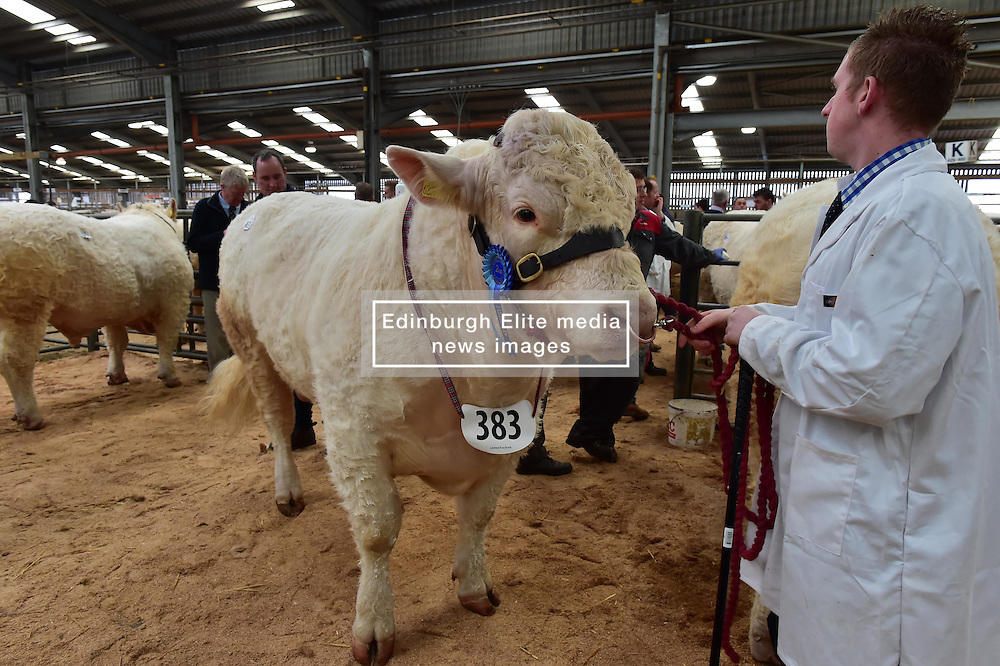