Pictured: While the press were interesed in images one supporter was more interested in a free cake. 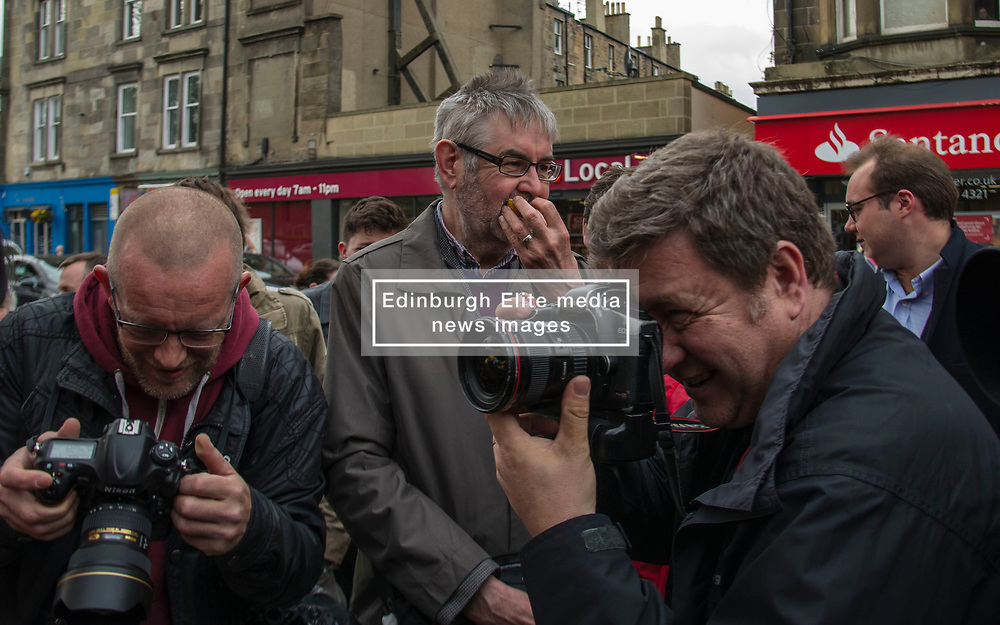