Pictured: Edinburgh Festival Fringe, Edinburgh, Scotland, United Kingdom, 01 August 2019 . RNLI and Coastguard crew members in uniform with a unicorn pool inflatable and swimming ring on Calton Hill in a campaign to discourage people from using them at beaches. There have been a number of incidents involving a variety of animal inflatables - especially recently during the hot weather - and thankfully no lives have been lost but some callouts have been very close calls. The advice is never to use these in the sea only in swimming pools. In the event of being blown out to sea, stay in the inflatable as it is easy for the rescue crew to see, no matter how far from shore. Pictured: L to R, RNLI lifeboat helmsman Scott McIlravie from Kinghorn station and Ross Greenhill, Coastguard Area Commander for the North Scotland (Perth to Unst).
Sally Anderson | EdinburghElitemedia.co.uk 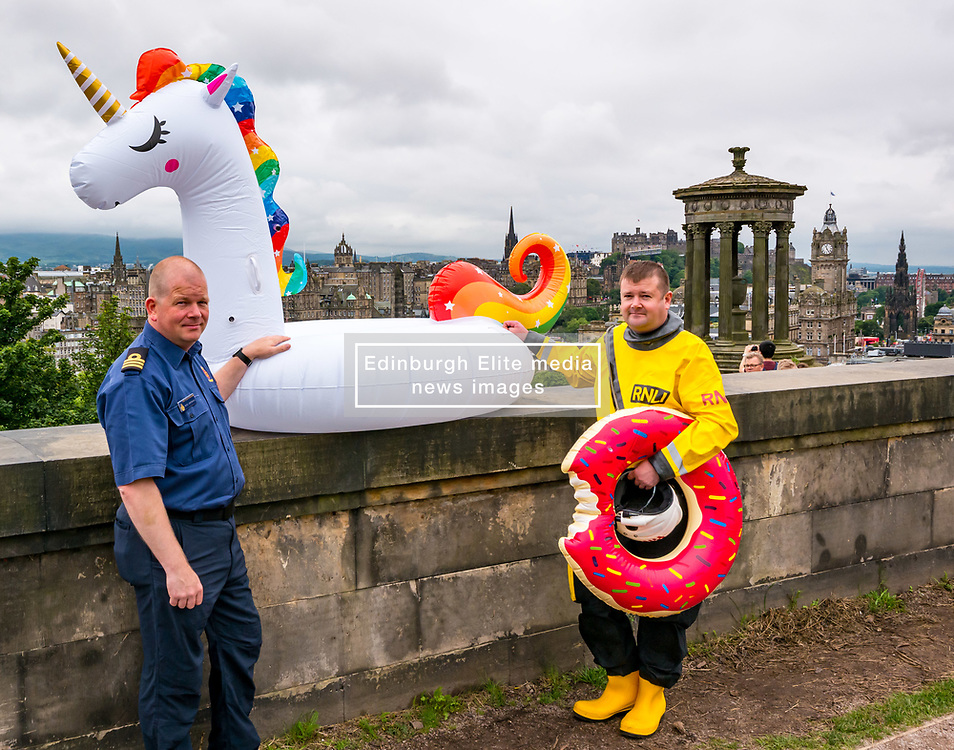