Written and directed by National Theatre of Scotland Associate Director, Simon Sharkey, the Shift finale at Summerlee Museum is a large-scale, outdoor, multi-media theatrical event featuring striking video and lighting design and original music and words from punters, poets, playwrights and pen-smiths from across North Lanarkshire. Shiftl tells the stories of the many ‘shifts’ put in by the workers who built the world and created our future. The show runs at Summerlee Museum in Coatbridge from 29 March to 1 April 2018.

Daniel Cahill in a scene from the show 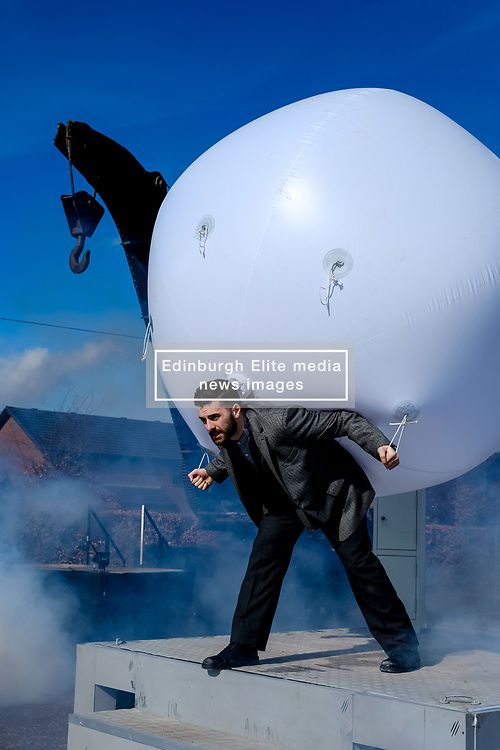