Pictured: Rob Hoon, manager Out of the Blue, Kevin Stewart and COSLA President David O’Neill
The latest recipients of the Regeneration Capital Grant Fund were announced today during a visit to Out of the Blue in Edinburgh by Local Government Minister Kevin Stewart. Out of the Blue, on Leith Walk, is an arts and education trust that provides affordable spaces and resources to the local community. The Minister was accompanied by COSLA President David O’Neill and Gavin Barrie, City of Edinburgh Council Education Convener, as he toured the premises that are set to be refurbished, helping Out of the Blue meet growing local demand. The Regeneration Capital Grant Fund supports projects in disadvantaged areas that engage and involve local communities and is jointly funded by the Scottish Government and COSLA. 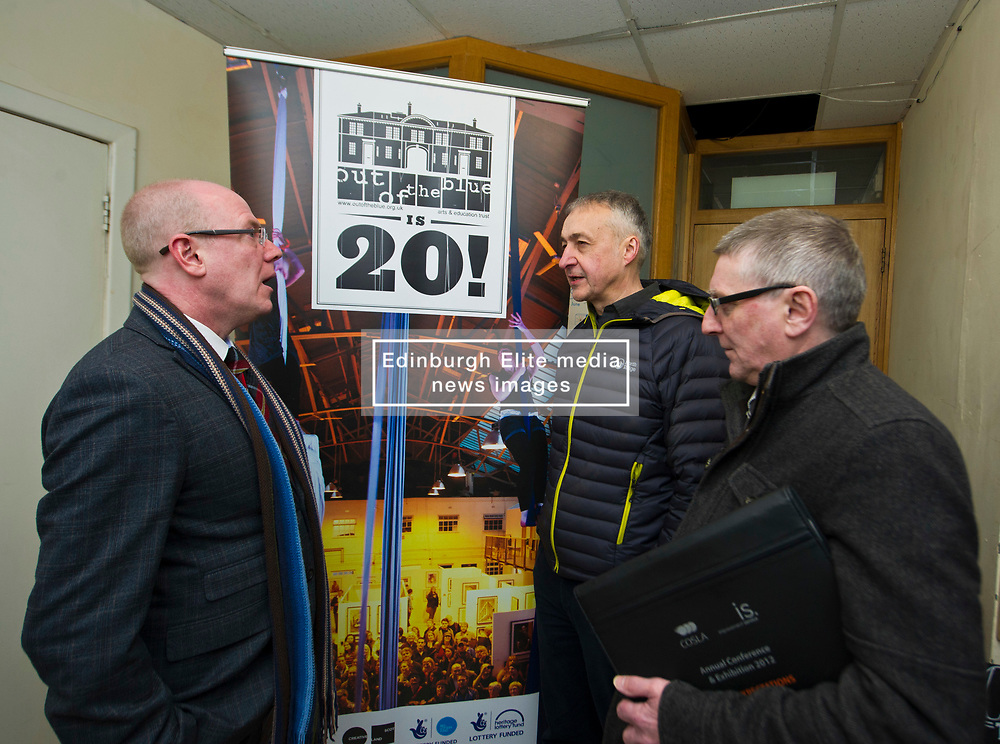