Pictured: Chef Jordan Docherty
Inch by Inch for Scotland launched a major national obesity campaign today at Portobello High School. Chef Jordan Docherty was on hand to show how he turned his life around from drink and drugs in his early life with support from the campaign. He was keen to show the school students that they could make healthy food on a budget and his version of a pot noodle made in five miutes went down well. ‘Inch by Inch for Scotland’ is a campaign aimed at reducing obesity amongst the population of Scotland by creating positive content aimed at teenagers and families to challenge them to take part in exercises or in preparing a healthier diet.

The core idea for the campaign is to encourage teenagers and parents to do a small change or to take part in a small activity that will hopefully create an incremental change where people want to live healthier lives. Ultimately the goal is to change the culture of the nation, although we understand that we need to take small incremental steps at first – hence – ‘Inch by Inch’. 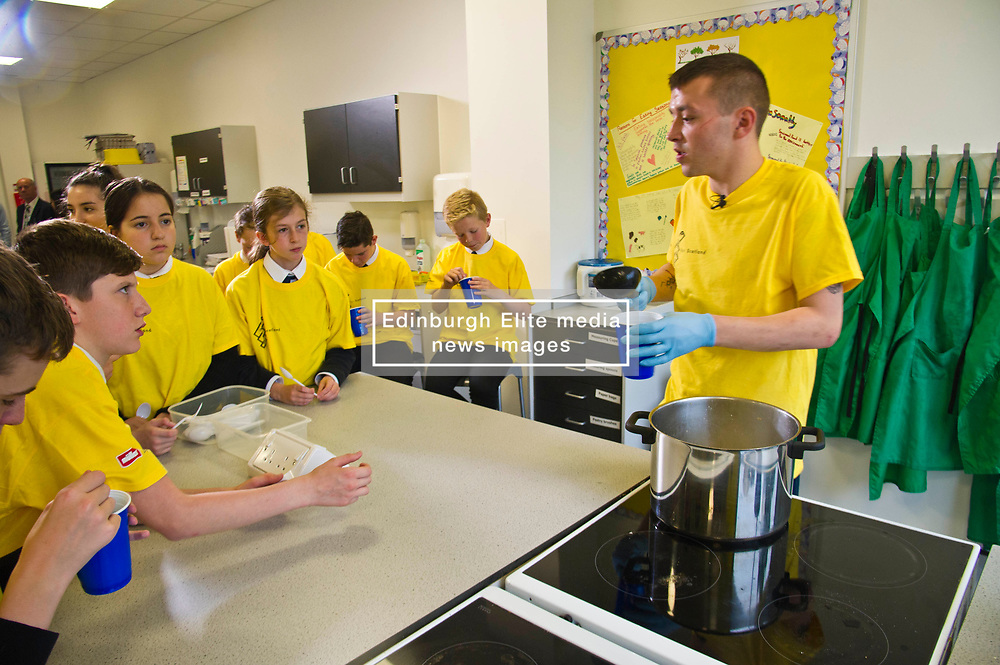