100 years to the day from when the celebrated Great War poet Wilfred Owen arrived for treatment in Edinburgh the ocassion was marked with a re-enactment of that arrival and the historic walk he made along Princes Street. Pictured is Wilfred Owen, played by David Clarke of the Scots in the Great War Living History Society, along with fellow actor in WW1 costume Ailsa Clarke. 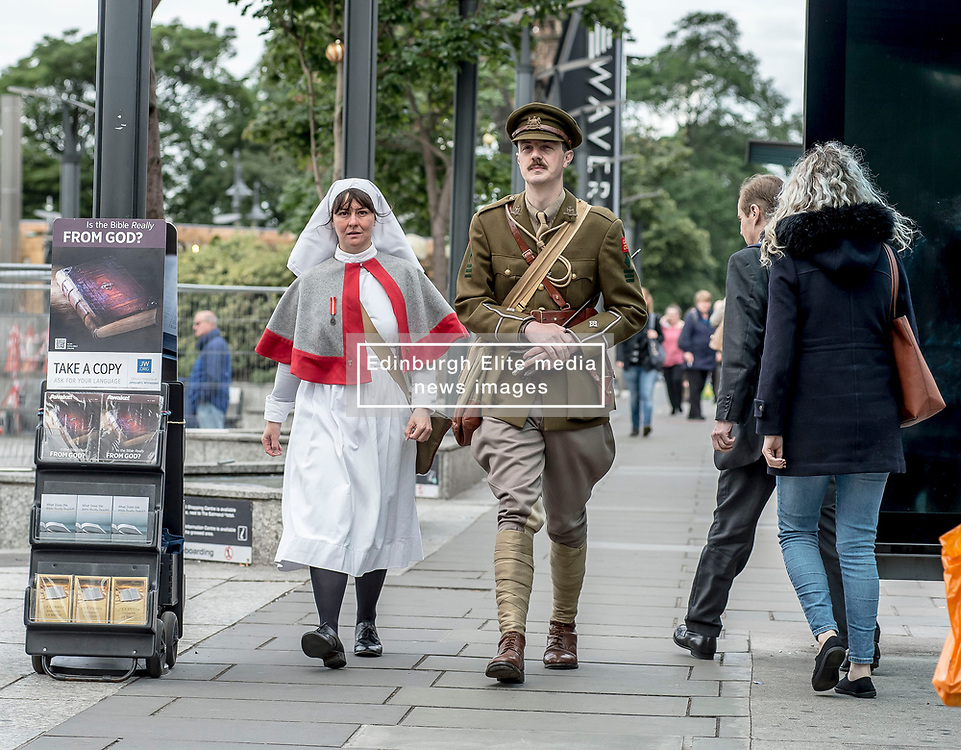