A short film about the challenges faced by disabled people when trying to access public transport will screen as part of film showings at Edinburgh cinemas during Disabled Access Day this weekend (10-12 March).
The short film has been launched by Edinburgh based charity get2gether, who work with almost 500 disabled adults in Edinburgh and the Lothians by organising social events and encouraging members to take initiative.
The film, "Buggy Off", was created by get2gether Member and Ambassador Karen Sutherland with the support of Media Education and is based on one of Karen's many personal experiences. The film was launched at the Grassmarket Community Project in Edinburgh on Wednesday 8 March before screening ahead of films at the Cameo and Filmhouse over the weekend. Pictured: Panel for post-film discussion Marion Smith, CEO, get2gether, Alasdair McLean, get2gether Board member, Ryan Johnston acting on behalf of his partner and film-maker Karen Sutherland (Karen was rushed into hospital the night before the screening), Shaun Glowa, Media Education, who worked with Karen on making the film, Charlie Fairley, Big Lottery Fund, one of get2gether’s main funders. 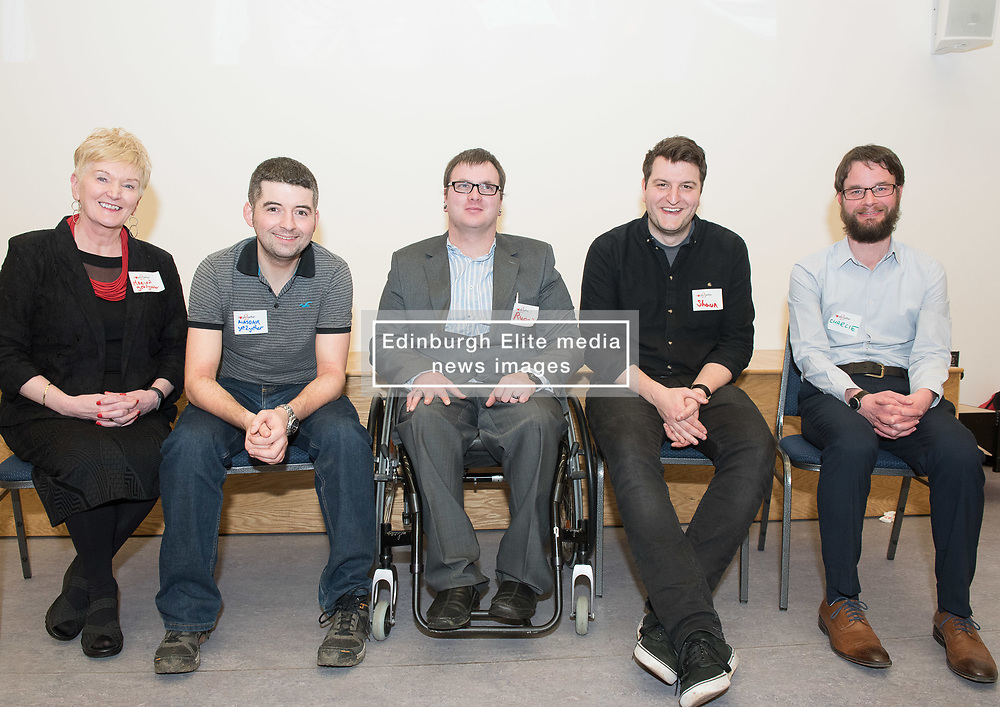