The First Minister vowed to “take the fight to the Tories” in a general election, to escape from Brexit and let Scotland decide its own future.

Speaking ahead of her visit, Nicola Sturgeon said:

“The SNP is ready for an election. We stand ready to take the fight to the Tories, to bring down this undemocratic government, and give Scotland the chance to escape from Brexit and decide our own future.

“Scotland has been ignored and treated with contempt by Westminster, and this election is an opportunity to bring that to an end.

“A win for the SNP will be an unequivocal and irresistible demand for Scotland’s right to choose our own future.”

The First Minister also met with staff and local children to see and discuss the Stirling Spider Slide exhibition. 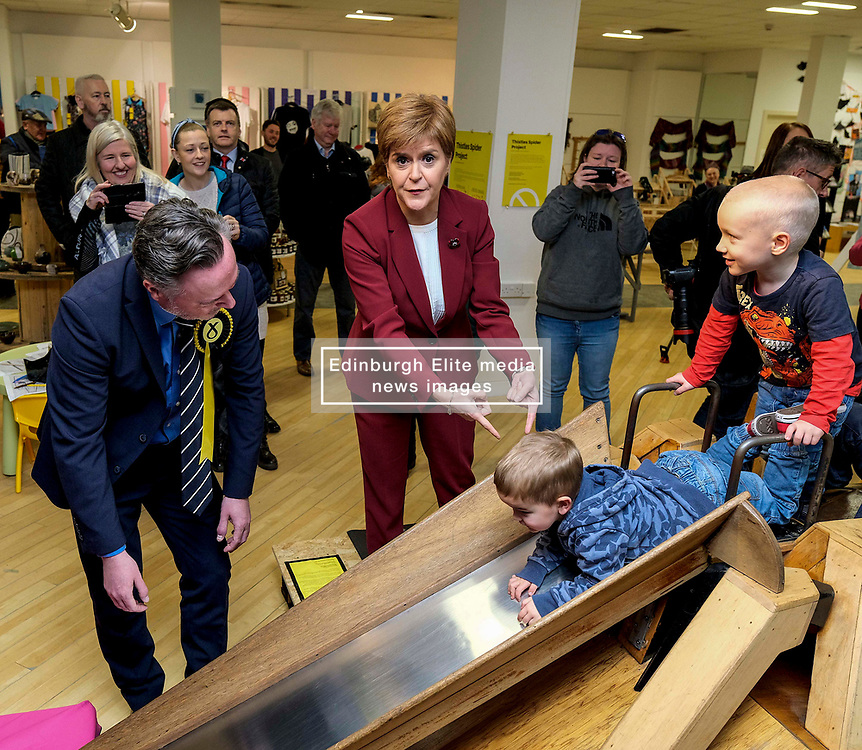