Babis Anagnostopoulos, husband of murdered Caroline Crouch, leaves the Investigator's office at Athens court, Greece, 18 June 2021. An arrest warrant for the 33-year-old husband who confessed the murder of his wife was executed by a prosecutor for the execution of judgements in Athens. Pilot Babis Anagnostopoulos, 33, is scheduled to appear before an investigator, where he is expected to request an extension to prepare his defense, before being detained as a flight risk. Earlier Anagnostopoulos was charged with the murder of Caroline Crouch, his 20-year-old wife of British descent and mother of their 11-month infant, after appearing before a public prosecutor in Athens. He will also face a criminal charge of animal abuse for the killing of the family's dog and lesser charges for giving false testimony to the police and casting suspicion on others for his actions. 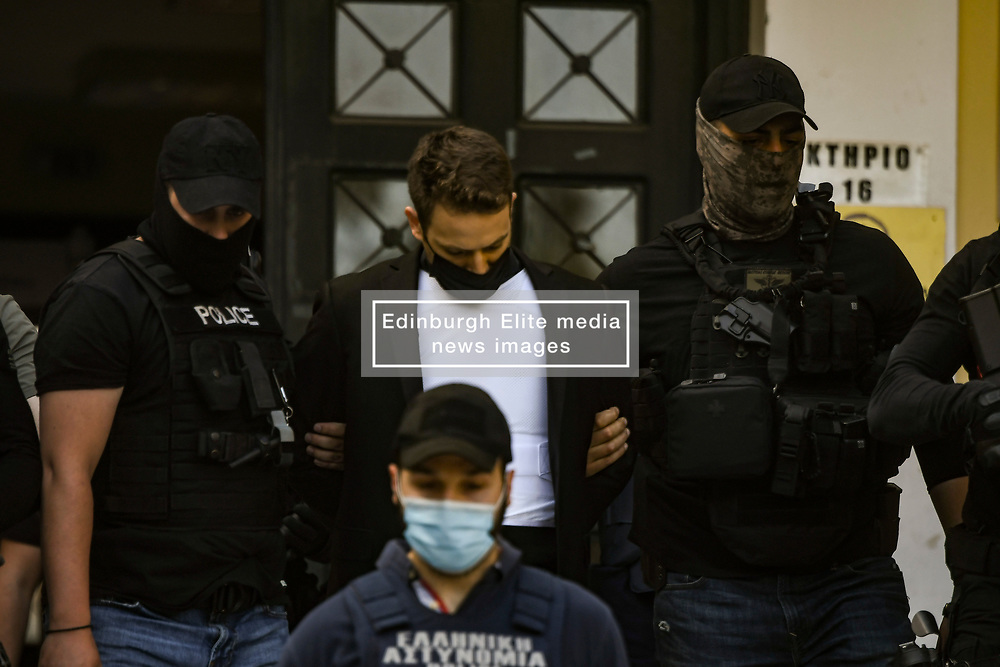