A beautiful and intimate family portrait by one of the greatest of all seventeenth-century artists will be on display at the Scottish National Gallery in Edinburgh between 17 November 2017 and 28 January 2018. Portrait of the Artist’s Daughter, Clara Serena by Sir Peter Paul Rubens (1577-1640) was probably painted about 1623, not long before the sitter’s tragically early death at the age of 12. This charming painting, which, after cleaning, has only recently been unanimously accepted as being by Rubens, has never before been shown in the UK.

Pictured: Tico Seifert, Senior Curator for Northern European Art at the Gallery with Portrait of the Artists Daughter, Clara Serena 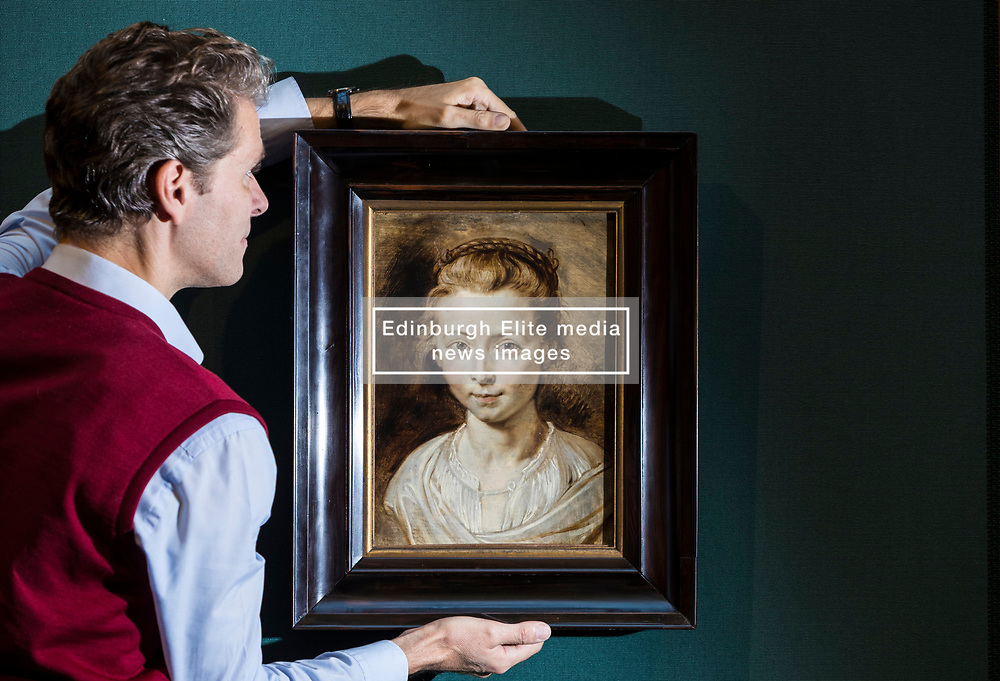