Pictured: Loony Dook. People brave the cold water of West Bay in the Firth of Forth on New Year's Day, in a modern tradition known as the Loony Dook. The first event in 1986 was a joke suggestion for a New Year's Day hangover cure by three locals in South Queensferry which has since grown into a fee paying organised event to raise money for charities, and now repeated in coastal towns around the Firth of Forth. Sally Anderson / Edinburgh Elite media 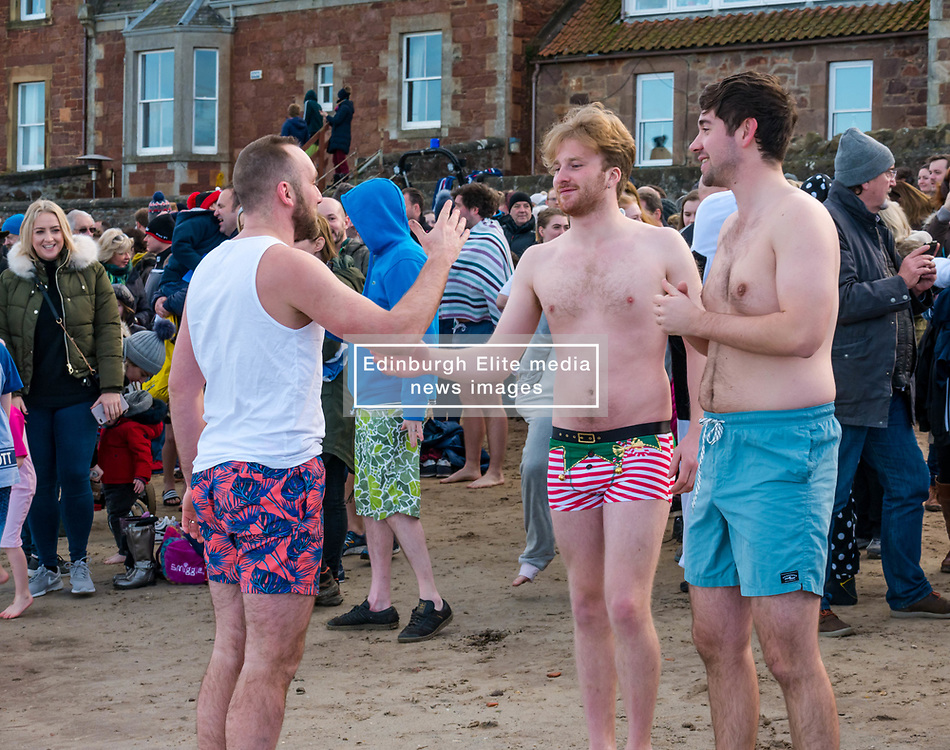