Pictured:
Sunday saw the Black Lives Matter movement lead a protest march starting at the Battery and headed up Broadway in New York which revived the Black Violence, White Silence chant of the 60s. Around 150 protesters were accompanied by around 20 NYPD officers, some on motor cycles, to ensure nothing untoward happened on a very hot New York Sunday 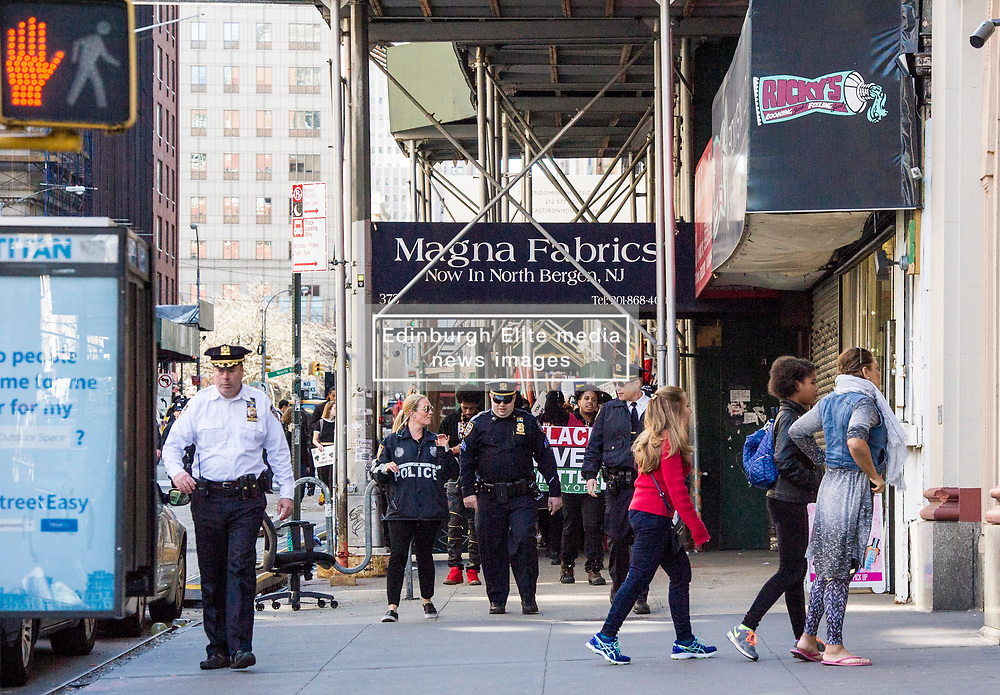